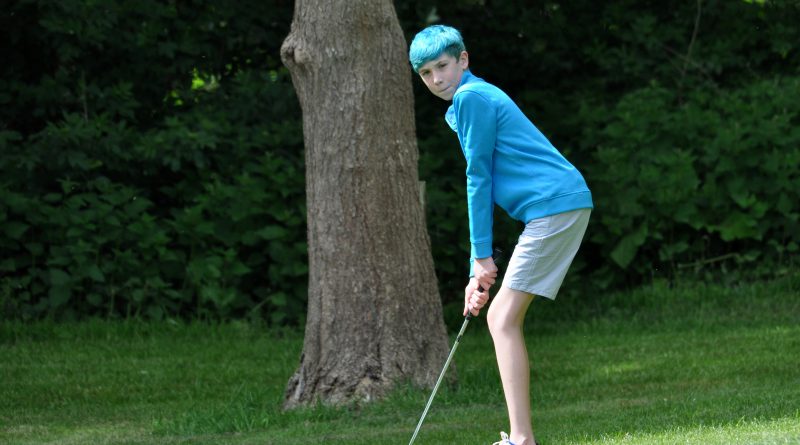 Northants youngster Toby Heath’s use of golf to improve his confidence has been recognised when he became the first recipient of the England Golf Heroes Handshake for 2020.

The 13-year-old, who lives in Earls Barton and is a member at Northampton Golf Club, took up the sport in an effort to boost his self-esteem – a decision his mum Clare says has changed his life for the better.

She said: “Toby enjoys all sports, but he was never selected for any of the teams, which obviously brings disappointment because while the team is away, he is left at school.

“To make up for that, we introduced him to golf. Initially it was difficult because if he hit a bad shot his world would implode and he would struggle to pick himself up and carry on.

“With the help of the people at Northampton, who are so positive and welcoming, we have found that, as he has got going, it has given him resilience and given him confidence to overcome bad shots by starting again.”

The extra self-belief has also filtered into other areas of the teenager’s life as he recently took on the responsibility of running online bingo nights twice a week during lockdown.

These free hourly sessions, which are on Wednesday and Saturday evenings, have proved incredibly popular with over 1,800 people from as far afield as New Zealand, Kenya and Spain taking part.

Toby’s mum explained: “Lockdown Bingo began when the lockdown started. Lots of families started quizzes, but Toby wanted to do something different, so initially we started a family bingo.

“It went so well that other people joined in, so within two weeks we had to create its own page, so that anyone from anywhere could play, and they do come from anywhere around the world!

“The golf has taught him not to be afraid to have a go because often trying it for the first time is the hardest part. But when the lockdown happened he wanted to give this a go.

“England Golf found out about this and got in touch to say he had won their Heroes Handshake Award. It was completed unexpected but it was really good for them to say ‘you are doing a good job’.

“It has given him more encouragement to continue to do the Lockdown Bingo. As long as there is an audience, he will keep calling the numbers.”