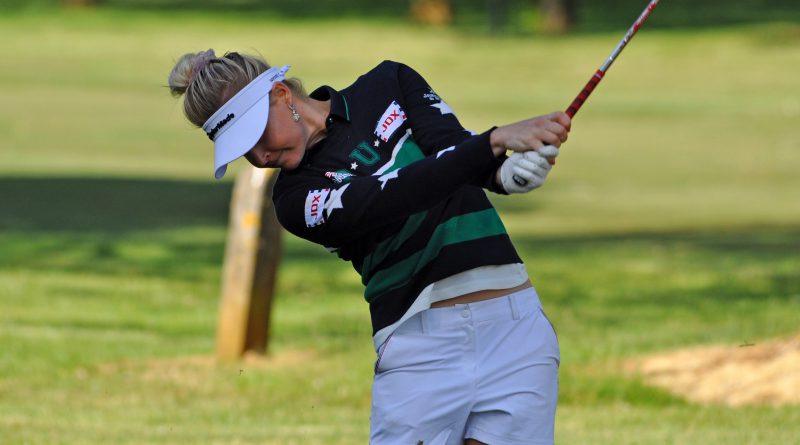 County professional Charley Hull narrowly missed out on her second victory in four events on the 2020 Rose Ladies Series as she finished runner-up at Royal St. George’s GC.

With the Kent course hosting a ladies pro tournament for the first time, Hull looked in great shape to add to her to success at Brokenhurst Manor three weeks earlier when she birdied the 16th hole to move one clear of the chasing pack.

The world number 25 was unable to hold off the challenge of playing partner Gemma Dryburgh however as two bogeys on the last two holes meant the Scot snatched top spot by a single stroke.

Dryburgh, who won the previous competition at The Buckinghamshire GC last week, leapfrogged above Hull in the overall standings, although both players are now well clear of three-placed Elizabeth Young.

Fellow Wellingborough pro Meghan MacLaren, who triumphed in round two at Moor Park, struggled over the difficult closing stretch of holes as she finished tied 21st with a 76.

For the fifth event this week, MacLaren will be hoping to make the most of some insider knowledge as they compete at JCB Golf & Country Club, where her dad David is the General Manager.