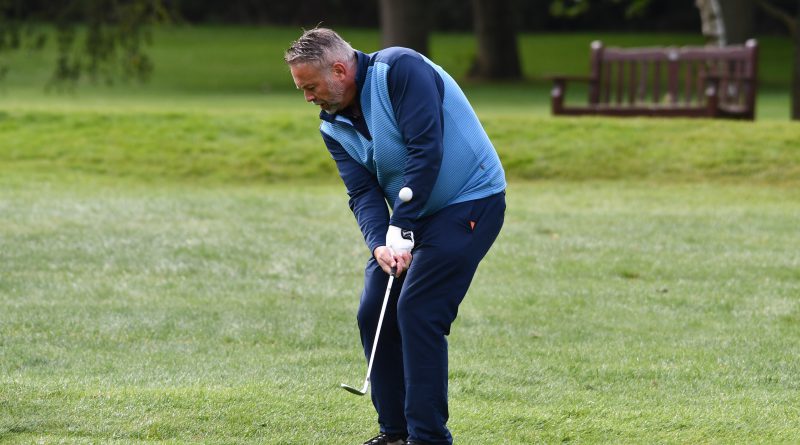 Countback was required in two of the three divisions of the October Sunday Stableford as the Kettering members battled it out for the first prizes.

In the Norman Liddington Trophy, Asif Manji’s tally of 38 points helped clinch first position by one from Nick Howell and Sean Suddards.

Sean Feeley was the only player to beat the Priors Hall course in the Bogey Cup as he took the honours by finishing three holes up.

The Champion of Champions event on the same day saw Phill Albutt grab the plaudits by one from Jim Collins with a net 71.

John Lenaghan was successful in the October Seniors Medal as a net 71 secured a four shot victory from Pat Annand and Gerry Parton.

Kevin Heap produced an outstanding round of net 62 in the Overstone Park October Mid-week Medal as the high-handicapper finished eight shots clear of Richard Kearney and Wayne Cockerill, who won divisions one and two respectively.

It was a similar story for Dan Barney in the October White Tee Stableford as his tally of 45 points was four better than second division leader Rob Butler could manage.

Scoring wasn’t quite as good in the October Nine-hole Stableford a few days later as Hisham Al-Hadi’s total of 19 points was enough to secure a narrow win from David Godwin.

The October Stableford went to Owen Roberts (35 points) by one from Scott Carter and Andy Allen, while Richard Wilcox (36) enjoyed the same margin of victory in the Seniors Stableford.

It was a similar tale in the Senior Captain v Senior Vice Captain competition as Dave Stott compiled the leading score of 39 points to squeeze ahead of John Daker and Jeff Bell.

Paul Saunders held off a strong finish from fellow six-handicapper Ed Keech to win Wellingborough’s October Medal by a single shot with a net 67. Alistair Auld clinched the second section on 68.

Lema Townsend was a convincing winner of the October Ladies Stableford with 38 points, while Seniors Captain Chris Dickens (39) recorded a countback success in the eighth round of the Lonsdale Series as he edged out Gary Grimmitt.

Michael Smart birdied the 18th hole to snatch a one point victory in the October Yellow Tee Mid-week Stableford from Leslie Hornby and Graeme Atkinson (both 40).

Ian Wytch needed countback to edge out fellow 11-handicapper Ross Campbell in the Lockdown Mid-week Stableford at Peterborough Milton after both came in with 38 points.

Ben Chance was third in the top section with 36 points – the same mark as second division pacesetter Rory Haynes.