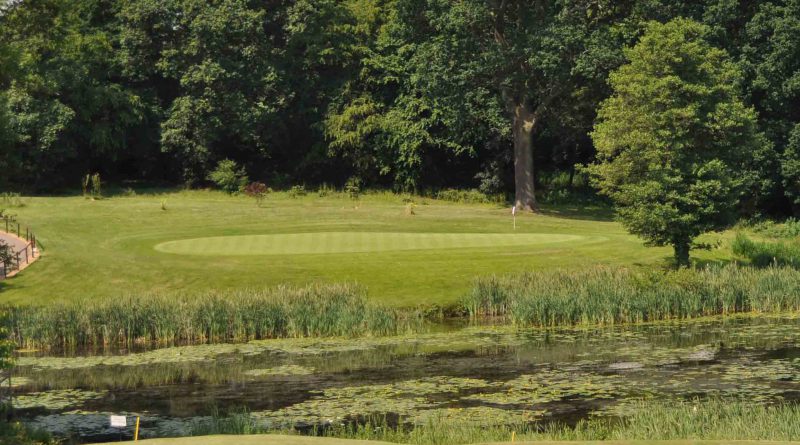 Richard Dalton clinched the Overstone Park Men’s Club Championship title for the fourth time with a two-shot victory from Taylor Sargeant over 36 holes.

Dalton, who bagged a hole-in-one on the 17th hole during his opening round of 70, kept his composure on the second day as a score of 73 wrapped up the win.

The one-handicapper also came out on top in the net competition for the first time, although he needed a marathon play-off to once again get the better of Sargeant as he triumphed on the fifth extra hole.

Stuart Bates was in great form on the par three holes at Farthingstone in the Bogey competition as he went on to claim first prize after beating the course by four holes.

The high-handicapper parred three of the five short holes to finish two ahead of Michael Albone and Simon Nightingale.

Sam Overton and Luke Essex carded a winning tally of 45 points in the Datamac Team event at Staverton Park as they nudged one ahead of the pairing of Michael Christie and Scott Creaney.

One was also the margin of success in the Seniors September Medal as Patrick Evans took the plaudits ahead of Michael Milam and Ray Smith (both net 72).

The latest two Nine-hole Stablefords were both won by a single point as Michael Urwin (23) held off the challenge of Kevin Rentell, Stephen Woods and Gez Jackson, before Stuart Westley (24) got the better of Ben Regan a fortnight later.

Two familiar names amongst the Hellidon Lakes membership were at the top of the leaderboard in the September Stableford as Richard Barnes and Roy Trim both carded 40 points to win the first and second divisions respectively. Chris Bass (37) led the third section.

Jenson Parfitt grabbed 37 points to win the Junior Stableford at Collingtree Park by three from Lucy Haywood. The victory came just a week after his older brother Jenson won the Club Championship.

Four points was the margin of success in the Kingsthorpe Seniors English Open as Nigel Cole (41) bagged the honours from Robin Chapman.