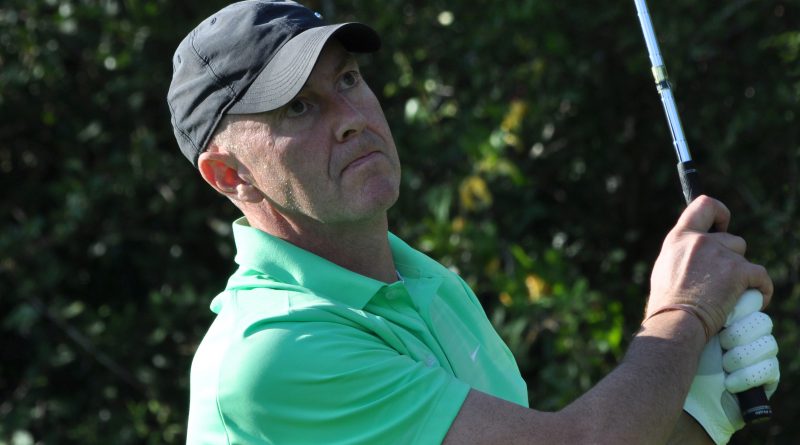 Gavin Aris came from eight shots off the pace at the half way stage to win the 36-hole Hellidon Lakes Club Championships by a single stroke from Tom Laver.

Despite sitting joint-sixth after an opening 84, the six-handicapper found his consistency in round two as a 77 helped snatch the title from Laver, who fell away in the closing stages.

Simon Keyte led the net by one, while Ludlow Johnson lifted the Hellidon Scut on countback with 38 points.

Paul Brunning lifted the Dave Goodrham Trophy at Whittlebury Park as a score of 42 points nudged him one ahead of Andrew Stewart in the 9 O’Clock Club competition.

Tracey Mann backed up her third place in the September Mid-week Stableford by winning the Harvest Bowl a few days later. In partnership with Carole Kane, she fired a magnificent score of net 68 to finish six strokes ahead of the field.

David Walshe and Phil O’Hagan compiled the joint-best round of net 69 in the Staverton Park September Medal as they won the first and second divisions by two and one shots respectively from Chris Walton and Bob Sheeky.

David Christie (71) led the way in the third category by a couple of strokes, while Teresa Cruickshank’s net 70 secured a one shot victory in the ladies competition.

Eleven gross pars were on the winning scorecard of in-form Stephen Prescott in Farthingstone’s September Medal as the 11-handicapper carded a round of net 68.

Robert Colby, David Summerfield and Martin Northover finished one behind Prescott, who recorded his eighth top 10 finish since mid-June.

An excellent tally of 44 points banked the Natwest Trophy for Darren Robinson as the high-handicapper finished five clear of four players in Daventry’s second Summer Stableford.

Fourteen-handicapper Simon Thomas bagged eight gross pars and a birdie on the seventh hole in Collingtree Park’s September Medal to finish one clear of Andrew Bartlam with an excellent round of net 68.

Steve Meadows had a field day in the Izzard Medal at Kingsthorpe as the 19-handicapper’s winning score of net 67 pushed him two ahead of Wayne Wright and Adam Malin.