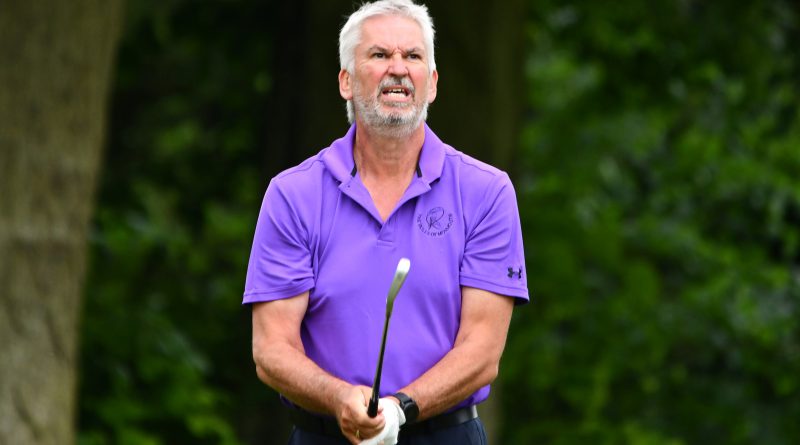 Northamptonshire Senior Men’s Champion Gary Grimmitt gave a great account of himself in the England Champion of Champions tournament as he finished tied fourth at Woodhall Spa GC.

The Wellingborough member carded back-to-back birdies around the turn in an opening round of 76, before finishing in style on the second day as he birdied the 16th and 17th holes in a closing 74.

Jack Brown (Brampton Heath) and Euan Herson (Peterborough Milton) found the going more difficult in the Men’s and Boys Champion of Champions events as they finished 21st and 26th respectively.

Millie Billson (Northants County) and Shivani Karthikeyan (Peterborough Milton) also struggled for consistency at times in the Women’s and Girls Champion of Champions tournaments the previous weekend at the same venue.

Billson shot 83 and 85 to finish 15th, while Karthikeyan did at least find her form on the second day as she carded back-to-back birdies on three occasions, including on the closing two holes, as she added a 75 to her opening 82 to claim seventh place.

The Milton member will be looking to make the most of local knowledge when she plays in the Midland Junior Champion of Champions on her home course this Sunday.

The teenager will be joined by club-mate Chelsey Sharp and Eloise Feely (Northants County) for the 36-hole Girls competition.

Herson will also be hoping to draw on insider information as he competes in the Boys event alongside county colleagues Jadon Pham (Overstone) and Oliver Pritchett (Northants County).