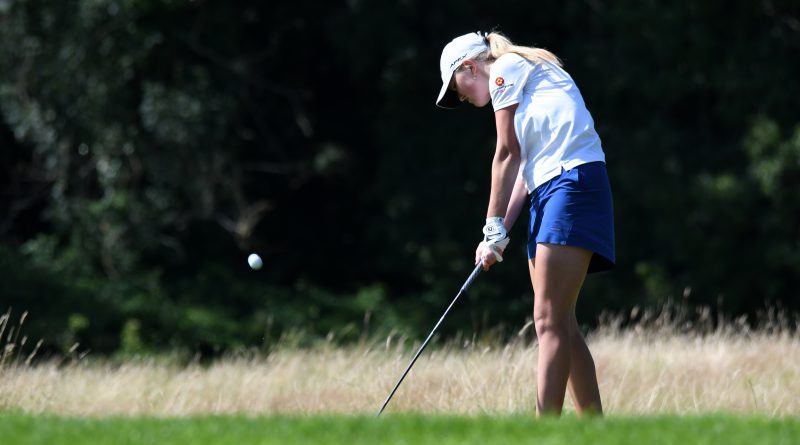 Northants County’s Harry Oddy and Eloise Feely came up just short in their bid to secure a place in the 2021 Faldo Series Grand Final as both youngsters finished runner-up in their respective age categories in the England South qualifier at Goodwood GC.

After shooting an opening gross 75 in the Boys Under-21s competition, Oddy moved into contention with three birdies in his first 14 holes on the final day only to drop one behind winner Ben Clarke with a double bogey on the closing hole.

Despite being the highest handicapper in the Girls Under-16s field, Feely made a brilliant start as she carded five birdies in a first round 74 to lead by three at the half way stage.

A debut victory remained a possibility when Feely birdied the short 11th hole, but she couldn’t match the form of Chloe Williamson over the closing stretch as she finished two off the pace.