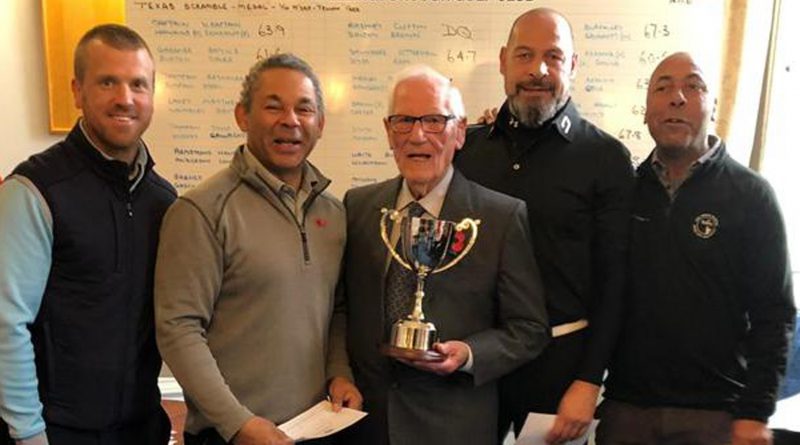 The quartet compiled an excellent total of net 60.5 to finish ahead of AJ Kang, Steve Bason, William Wilkins and Sid Reynolds, with Steve Munns, Richard Munns, Gary Jackson and Duncan Felce in third on countback.

Wayne Maciuk dropped only one shot in 11 holes in the second week of the Priors Hall Winter League as he triumphed by a single point from Eddie McGoldrick and Stuart Bayes (both 27).

Nigel Ougham enjoyed the same margin of victory in the third Seniors Winter Eclectic event as he birdied the third and seventh holes on his way to a winning total of 26 points. Tom O’Donnell, Ian Hunter, John McConnell and Lewis Watt claimed the next four places.

Philip Woolley carded the best score in the second round of Rushden’s Winter League as he bagged 42 points in the Saturday competition.

Mark Kerr came closest to beating that score 24 hours later but his tally of 41 points was only good enough for second by two from Cory Abbott and Antony Underwood.