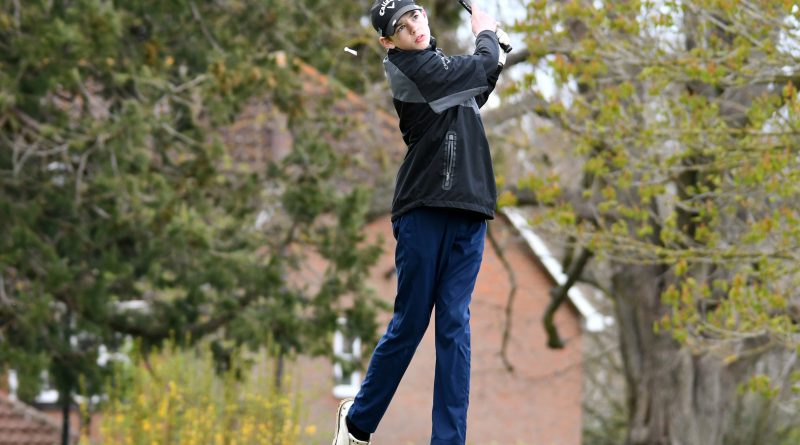 Former County first team player Darren Matthews displayed all his experience over the inward stretch at Farthingstone in the Winter Bash Competition as he claimed a countback win from Jeffery Sargent.

Matthews parred eight of the last nine holes in a round of 38 points to snatch first position from 25-handicapper Sargent, who managed to par all five short holes. Neil Everson-Watts and John Aslett were next on 36 apiece.

Adam Hayward had to settle for the runners-up position in his first event as Collingtree Park Junior Captain after Joe Watts (36) recorded a two point victory in the Captain’s Drive-in Competition.

In the nine-hole category, Jake Goldsmith (16) pushed Edie Connolly into second, while Seb Welch served notice of his potential by smashing a magnificent winning points total of 30 in the younger group.

Jim Risby parred the opening half a dozen holes at Whittlebury Park on his way to victory in the Finnison’s Irish Shillelagh as the 17-handicapper compiled a net 66.

Michael Urwin finished one shot behind in second place, Mark Page was third on 70, while Jon Newman posted the lowest gross round of 73.

Joe Kingston’s total of 40 points secured first prize in the 16th week of the Hellidon Lakes Tigers Winter Merit League as he finished two clear of Richard Barnes, with Philip Gray in third on 37.