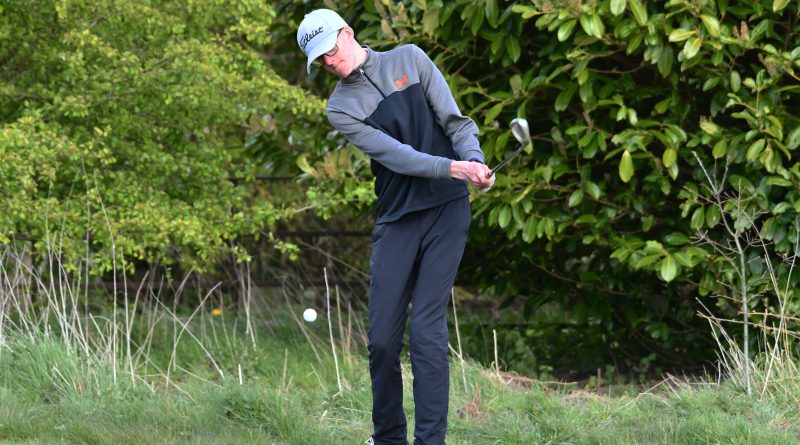 Teenager Oliver Godwin bagged gross birdies on the fifth, eighth and 18th holes at Overstone Park on his way to a May Medal winning round of net 64.

Bill Wilson-Slight (65) was second by a single stroke from Brett Crawford, while Kerry Hambleton won the ladies competition by three shots from Gina Collier.

High-handicapper Steven Holton was in splendid touch with the short irons at Whittlebury Park as he completed the quartet of par three holes in gross level par on his way to a winning tally of 43 points. Ian Evans was runner-up on 41.

Scoring in the latest 9 O’Clock Club Medal proved more tricky with Paul Jackson sealing top spot by one from Barrie Vearncombe with a net 73.

Richard Nott smashed an excellent total of 41 points in the Medal at Farthingstone to secure victory by three from Sarah Beattie and Andrew Masters.

Four points was the margin of victory in the Kingsthorpe Seniors Stableford Qualifier as Rich Miller grabbed the plaudits from Bob Lees.