Sky Sports TV Golf Presenter Di Dougherty was the special guest as the NGL held the first mixed County Dinner in this country at Kettering GC last week.
With the County Men’s and Ladies golf organisations in Northants merging to form one governing body in 2015, this was the first opportunity since then to celebrate the transition.
The night, which was sold out within a few days of tickets being made available, was hailed as a great success as Dougherty presented the prizes to the winners of the main individual and team competitions in 2018.
Despite being one of the smallest counties in the country, Northamptonshire has a reputation of continually punching above its weight – and this year was no exception, especially in team golf.
The men’s first side lifted the Anglian League trophy for the fourth time, as they overcame a narrow loss in their opening fixture to storm to the title with four impressive wins over the other counties. 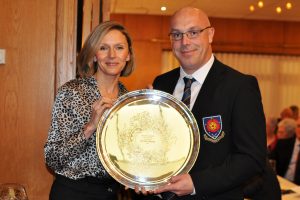 The seniors have been the dominant force in regional golf for a couple of years, but they took their performances to another level in 2018 as they remained unbeaten in competitive fixtures.
County Seniors champion Alan Wrigley skippered the team to an unprecedented treble as they clinched the Anglian League and East Midlands League, before they won the Midlands Final. 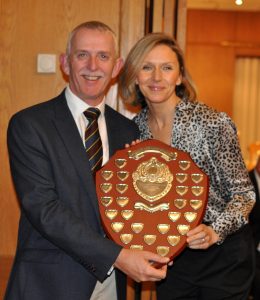 The County Girls, many of whom represented the ladies at County Week, enjoyed a double in the Midlands South Final as they took the Scratch title for the second year in a row, and also won the Handicap Final.
In a year when so many players represented the Rose of the Shires with distinction, the coveted Player of the Year crown went to Mikey Chambers, who followed in the footsteps of previous winners Ryan Evans and Gary Boyd. 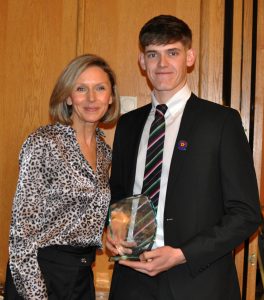