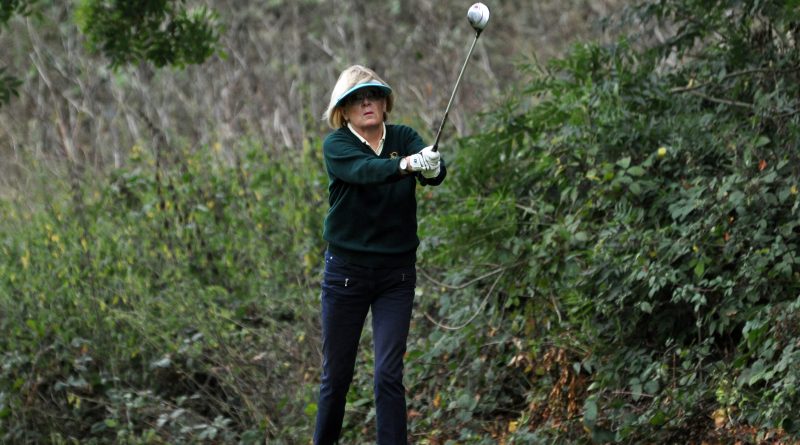 Reigning champions Oundle found top form in spectacular fashion as they whitewashed Wellingborough in the quarter-finals at Delapre Park.
Although Wellingborough came into the match in confident mood after topping Group C, they were no match for Oundle, who bagged a series of convincing wins.
Karen Johnson, Elizabeth Swan, Sheila Homer, Ros Riley and Claire Izod were all successful with holes to spare, while Veronica Lyon and Sarah Parsell collected points on the 18th hole.
Joining Oundle in the last four are Kettering and Elton Furze, who both won by a single point against Overstone and Northampton respectively, while Whittlebury Park complete the semi-final line-up after a 5-2 success over Cold Ashby.