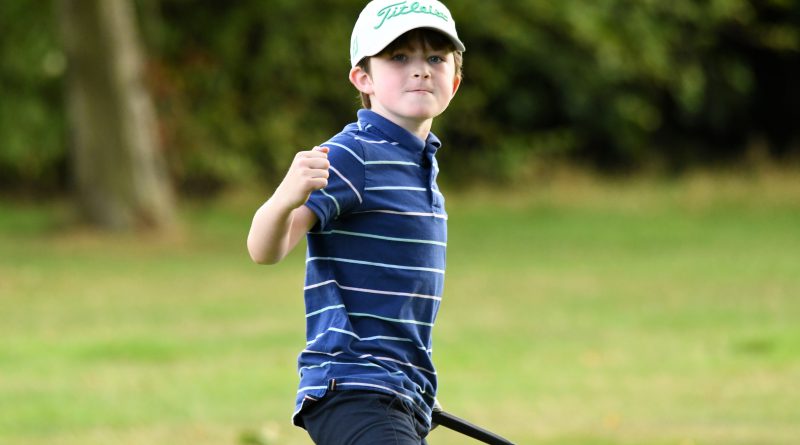 Delapre Park Golf Centre witnessed a glimpse of the future as 23 very young talented golfers from across the county took part in the inaugural Northamptonshire Wonders nine-hole tournament on Sunday.

In a competition for all boys and girls who have played in nine-hole Junior Opens in Northamptonshire this year, Overstone Park’s James Miller led the scoring with a brilliant round of net 18 over the front nine on the Oaks course.

With the County Girls team selectors attending the event, home club member Harriett Szylwian was successful in the Girls competition as a net 28 lifted her one clear of Connie Stonestreet (Overstone).

Noah McGimpsey (Collingtree) and Eloise McIntyre (Overstone) came out on top in the Boys and Girls 150-yard competitions respectively.

All juniors who competed in the nine-hole qualifiers at Collingtree, Overstone, Northampton, Cold Ashby, Peterborough Milton and Wellingborough, received a special prize for playing in the final event.