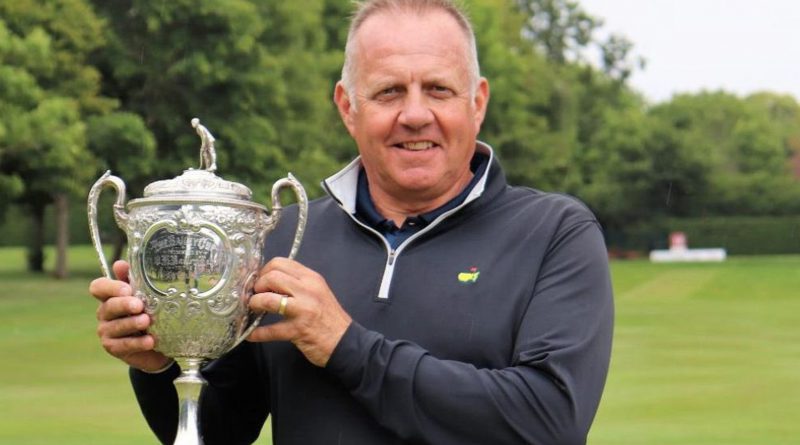 Northamptonshire’s Adrian Firman secured the biggest victory of his amateur career as he won the Welsh Men’s Open Seniors Championship in a play-off at Glamorganshire GC.

The Peterborough Milton member carded an opening score of one-over-par 71 to site one off the pace, before staying in contention with a second round 70 that included a trio of early birdies and three more on the inward loop.

Despite a slow start to the final day, Firman found his best form over the closing stretch as he completed the back nine in two-under-par before defeating David Westwood (Little Aston) on the first additional hole.

Firman said: “Over the back nine, I was just trying to play one shot at a time and see what happened. I held a good putt on the 12th hole, but I never felt I was that close to the leader, until late on.

“The key was perhaps the birdie on the 16th and although I missed another birdie putt on the next hole, I managed to sneak into the play-off with a par down the last. And then won the play-off, which feels great.”