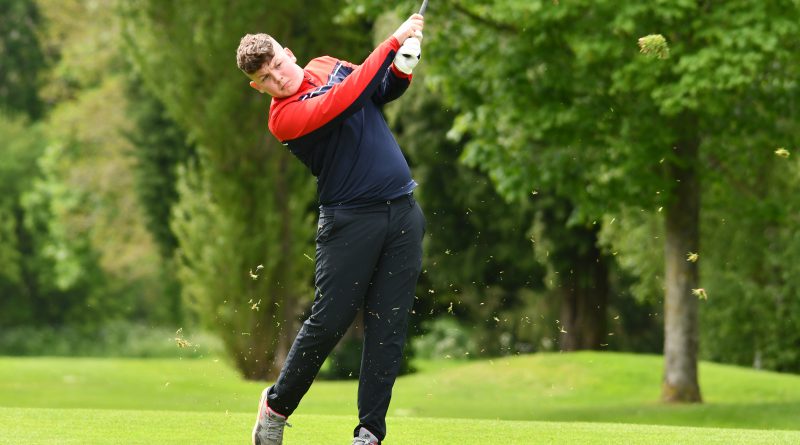 Peterborough Milton’s promotion push back into the top tier remains on track after they grabbed their second consecutive victory with a 6-2 win at Kettering.

Collingtree were also successful on their travels as they earned a 5-3 victory at Farthingstone, thanks to wins from Jody Parfitt, Alastair Strickland, Anthony Brown, Roger Morris and Brandon Sanders.

Rushden maintained their perfect start to the third division campaign as they added a 4-2 home success against Daventry to last month’s narrow victory at Priors Hall.

Most of the damage was done early on as wins from Nick Statham, Robert Price and Chris Adams in the opening three games set them on their way, before Robert Mossford wrapped it up on the 18th hole.

Oundle, who drew at Cold Ashby in their opening match, are also unbeaten after thrashing Priors Hall 5½-½ at home.

Kingsthorpe secured their second victory in two Intermediate League outings as they edged past Wellingborough 4½-3½ at Collingtree Park GC.

With all eight games reaching the 17th hole at least, Kingsthorpe grabbed the honours thanks to wins from Phil Summers, Leigh Woodward, Simon Kerr and Steve Jackson, plus a half from Alan Woods.

Although Overstone Park were also successful by the same scoreline against Rushden, the results followed a different pattern as Phil Gardner, Dan Barney, Peter Gasson and Dan Kennedy recorded comfortable wins to add to a half from Lawrence Ryan.

Northants County moved top of Handicap League group a with a comfortable 19-3 home success against Daventry.

Most of the damage was inflicted in game two as Mark Macmain and Daniel Brightmore recorded a 10-hole victory to help the team picked up their second big home win of the campaign.

Oundle needed to produce a brilliant fightback to secure their first victory of the season as they edged out local rivals Peterborough Milton by the scoreline 11-9 in Group B.

Although the visitors took the first three games by a total of nine holes, Oundle didn’t panic as wins from Richard Nunn and Tony Shillcock (four holes) and Andrew Ireson and Guy Fowler (seven holes), plus a half in the final tie, sealed the team success.

Rushden maintained their perfect start in Group C as they made it four wins out of four by beating Staverton Park 11-6 at home. In the same section, Collingtree remain without a point after losing 11-2 at Wellingborough.

Silverstone collected their first Group D win at the third time of asking as they beat Hellidon Lakes 13-5.

Northants County became the first team to secure a place in the Hollingsworth Trophy semi-finals as they snatched top spot in Group B from Priors Hall with a dramatic 3-2 victory at Wellingborough.

Needing a win to confirm first position, County progressed thanks to points from James Dunkley and Joseph Quinn (3&1), Nick Beal and Brian O’Connell (6&5) and Paul Harris and Daniel Roberts, who triumphed on the 18th hole.

Elton Furze had few problems sealing first place in Group C of the Ladies Cecil Leitch League as they made it three wins in three outings this season by defeating Peterborough Milton 4-1 at home.

Wellingborough kept alive their hopes of topping Group B with a battling 3-2 away success at Cold Ashby, as Jacqueline Mudd, Ellen Steel and Ruth Bowe grabbed the important away points.

With Rushden confirmed as Group D winners, Oundle improved their chances of qualifying for the quarter-finals in second place as they recorded an excellent 3-2 win at Brampton Heath. Oundle now face a double header against Whittlebury Park to see who progresses.