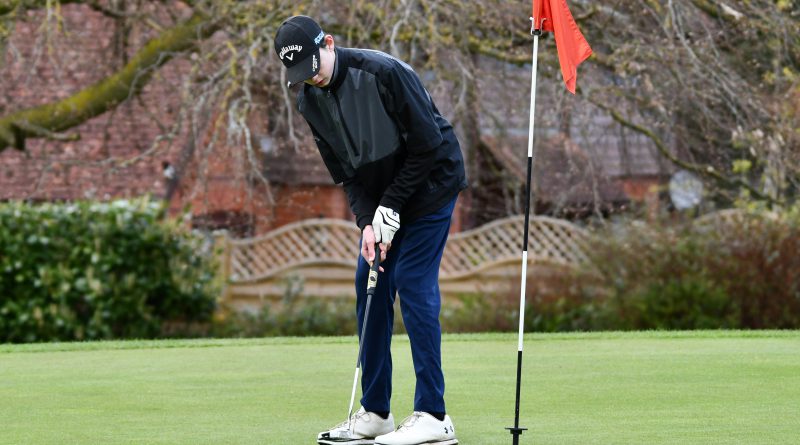 Trevor Twelftree’s 38 points secured top spot in the Colonial event at Collingtree Park as he finished two ahead of Andrew Bush, John Miller and Jason Hendle.

David Combes won the Seniors Medal on countback from Nigel Deering with a net 65, while at the other end of the age scale Joseph Watts and Adam Haywood both completed convincing wins in the latest two junior competitions.

Kyle Humphries clinched the J&B Stableford by two from Anton Clarke at Kingsthorpe after posting an excellent total of 42 points.

Gez Strangwood led the scoring in the Staverton Park April Medal as a net 65 gave him a two shot advantage from Jamie Humphries, with Andrew Pearson and David Price a further stroke off the pace.

Rounds four and five in the Tuesday Night Stableford both needed countback to decide the winner as James McIntyre edged out Dom Forgione (20 points), before Wayne Brown (21) got the better of Andy Sant.

Torin Little is the form golfer at Whittlebury Park after winning the April Medal on countback with a net 69, finishing runner-up to Bertie Edwards in the April Midweek Stableford before claiming top spot in the April Stableford.

Countback was a necessity in the opening Hellidon Lakes Tigers Summer event with Philip Gibson gaining the verdict from Dante Serra and Chris Harvey after all three posted 40 points.

Ryan Welsh’s 41 points secured first prize in the MBS Stableford as he finished two ahead of Paul King, with Tony Inskip in third on 37.

Tyrone Power proved too strong for the Summer Medal field at Daventry as the eight-handicapper smashed a winning score of net 64.

Kevin Everett (67) was runner-up by two strokes from Spencer Mabanga and Anthony Illingworth. The Men’s Nine-hole Stableford qualifier went to Terence Kempe (19 points) by one.

High-handicapper Neil Everson-Watts completed a dominant victory in Farthingstone’s Spring Bash competition as he came in with a winning tally of 44 points. Andy Harrison (36) was runner-up by three from Darren Matthews and Duncan Bisatt.