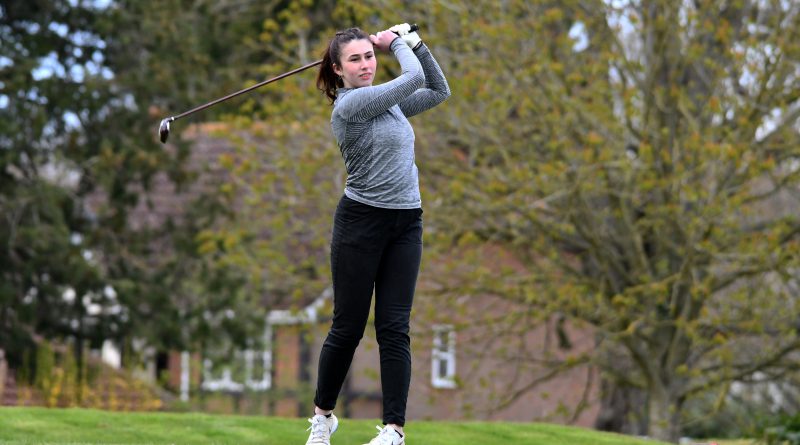 Ellie Wayner and Wayne Harmer carded a magnificent winning tally of 43 points in the Adult-Junior Foursomes competition at Collingtree Park as they finished one ahead of Simon Haywood and his daughter Lucy Haywood.

Lucy’s older brother Adam was also in good touch in the third round of the Colonial as he beat Tony Greenhill on countback after shooting the leading mark of 40 points. Nick Arpino, Trevor Twelftree and George Buckingham were next on 39.

David Christie’s net 66 was the best round in Staverton Park’s June Medal as he finished two ahead of Adrian Thompson.

Countback was required in the Ladies June Medal as Elaine Loydall took the honours from Denise Aitchison on net 69.

David Castle won the Harmon’s Flag Medal at Whittlebury Park by one shot from Stephan Spinks after posting a round of net 68. Tracey Mann secured the top prize in the Ladies Flag Trophy the following day.

Two points was the difference between first and second in the latest 9 O’Clock Club Competition as David Bainbridge (42) lifted the Bill Hamilton Cup from Paul Jackson.

One point was the margin of victory in both Ladies June Stablefords at Kingsthorpe as Louise Holt won the Mid-week event from Nadia Anderson, while Leslie Jaeger got the better of Lynne Passchier and Lin Birch in the Sunday competition.

Kevin Lane found his best form in Daventry’s June Stableford as he smashed 40 points to finish five ahead of Terence Kempe.

Forty four points was the outstanding score in the Captains Drive-In Competition at Hellidon Lakes as Matt Clarke bagged the plaudits by five from Peter Butler.

Carl Harrison carded 40 points in the Farthingstone June Medal to get the better of Lawrence Smith (39). Andrew Masters and Ian Bayliss were next on 38 apiece.