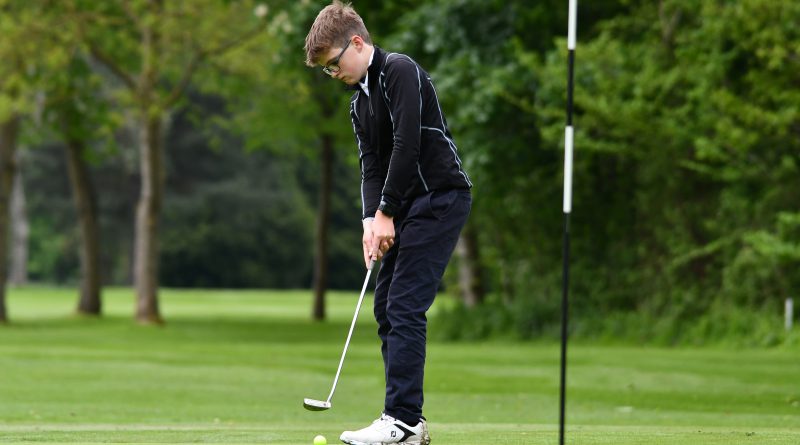 Although the opening three ties saw one win, one draw and one defeat, the hosts surged clear thanks to points from Alex Izzard, Ben Hawkins, Andy Saunders, Ross Skidmore and Lewis White.

County, who went into the contest on the back of a 7-1 home success against Wellingborough, remain at the top of the standings but could face a battle to retain their title, particularly with Overstone Park also mounting a strong challenge.

After collecting a draw at County last month, Overstone emphasised their capabilities on away courses as they avoided defeat in all eight ties at Staverton Park as they recorded an impressive 6-2 win.

With four games finishing all square, the visitors took the honours, thanks to points from Jack Binch, Taylor Sargeant, Ryan Genner and Mark Stockdale.

Staverton look almost certain to suffer relegation as they crashed to another defeat a few days later as they lost 5½-2½ at Wellingborough, for whom Roger Butler, Will Butler, Gary Grimmitt and Adam Sherlock impressed.

Second division pacesetters Peterborough Milton moved within one more win of promotion back into the top flight after they made it five victories in five outings with a 6-2 away success at Collingtree Park.

Although the Milton trio of Adam Scott, Michael Wood and Dominic Ralfs recorded big wins to open up an early 3-1 lead, the visitors were taken the distance in the remaining games, before sealing another impressive result with two wins and two halves.

Kingsthorpe, who still face three home matches before travelling to Peterborough in their final outing, saw their hopes of catching the runaway leaders suffer a significant blow at Kettering as they lost 6-2.

Jim Campbell, Neil White, Christopher Brigstock, Andy Robinson, Nick Keech and Joe Hyde were all on the scoresheet for the hosts, who may still need to get something from their final contest at Collingtree to end any relegation concerns.

The battle for promotion out of the third tier looks set to go the distance after leaders Rushden and Oundle both recorded 5-1 home victories.

Kingsthorpe progressed through to the Intermediate League semi-finals with the only unbeaten record following a 6-2 defeat of Rushden, who they will face again in the last four on Sunday, September 11th.

Early wins from Andrew Lay, Alan Woods, Ben Rhodes and Steve Jackson, plus a half from Leigh Woodward proved crucial for Kingsthorpe who finished with four victories and a draw from their five outings.

As they prepare for the re-match, Rushden will not only gain confidence from taking three of the last four points against their rivals, but also the 5½-2½ victory they earned seven days earlier against previously-unbeaten Collingtree Park.

The defeat for Collingtree means they face a last four tie with runners-up Overstone Park who ended their campaign with a 6-2 success against Northampton, courtesy of points from Phil Gardner, Jadon Pham, Peter Gasson, Dan Kennedy and Billy Beard.

Wellingborough ended a disappointing campaign on a high as they edged a tight contest with Northampton by a single point, thanks to wins from Chris Ludwig, David Castle, William McArthur and Dean Smith, and a half from John Hughes.

Overstone Park’s A team had few problems booking their place in the Junior League semi-finals against Northampton A as they finished top of Group B with a 4-0 victory at Wellingborough.

Although the hosts came into the contest on the back of a battling 2-2 home draw with Peterborough Milton B, they were no match for unbeaten Overstone, whose points came from Baylie Pyke, Amy Nunn, Emily Nunn and William Nunn.

Overstone will be hoping for two finalists as their B team, who are also unbeaten this season, take on Group A winners Collingtree Park in the other last four contest.