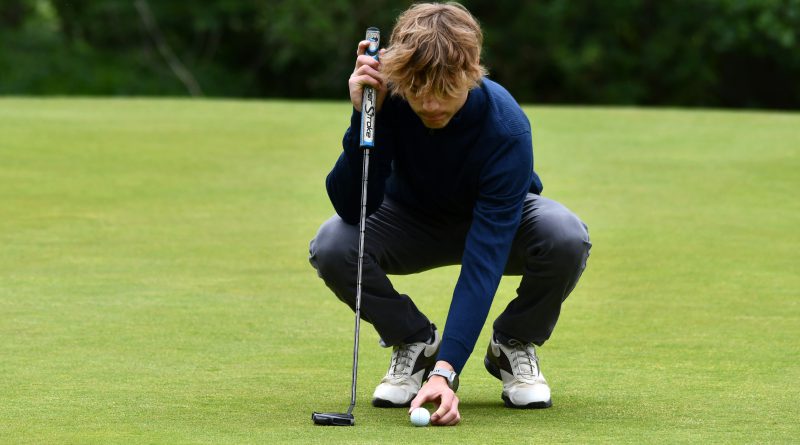 Wellingborough kept alive their chances of qualifying for the Handicap League semi-finals with a 25-0 home thrashing of Group B bottom club Priors Hall.

With points difference possibly being crucial at the end of the year, Wellingborough made a significant improvement to their tally as Mick Matthews and AJ Kang won by six holes, before Luke Perkins helped the home side take the last match by nine.

In Group D, Rushden gave themselves a glimmer of hope of reaching the last four as they recorded an excellent 11-3 away victory against Oundle to move within touching distance of leaders Overstone Park.

Jason Benzie and Marc Benzie (two holes) and Brian Mitcham and Steve Kempson (two holes) took the opening two games for Rushden, only for the hosts to cut the deficit to just a single point with two narrow victories.

Steve Kelly and Mark Maddox completed another two-hole success for the visitors, before Dave Bailey and Luke Groom wrapped up a solid Rushden win by taking the last tie by five holes.

For Rushden to overhaul Overstone at the top of the table, they now need to beat their closest rivals by 18 points or more when they meet in their final home match this week.

Collingtree Park returned to winning ways in the Intermediate League as they defeated Overstone Park 5-3 at Northampton GC.

All the damage was done in the early matches as Andrew Bush, Joe Johnson, Harry Williams, Archie Plowman and Roger Morris clinched the first five games for Collingtree, while Overstone’s points came in the closing three ties.

Staverton Park had to settle for second place in Group D of the Ladies Cecil Leitch League as they lost their remaining away match by the scoreline 3-2 at Brampton Heath.

Needing a victory to overtake leaders Northants County, Staverton made the ideal start as they took the opening two points through Sue O’Hagan and Denise Aitchison.

But Brampton showed their determination to end a disappointing campaign on a high as they sealed victory, courtesy of wins from Jane Rowe, Jean Pickering and Bryony Travill.

Staverton still qualify for the knockout stages as they take on Group C winners Overstone Park in the quarter-finals at Daventry GC, as County face Wellingborough. The other last four ties see Whittlebury Park play Oundle and Elton Furze take on Rushden.

Northants County A took a significant stride towards qualifying for the semi-finals of the Junior League as they moved five points clear in Group A with a hard-fought 2½-1½ home success against previously-unbeaten Kettering.

Oliver Penberthy and Calum Sainsbury bagged the opening two points for County, and although Ruby Smith replied for Kettering, a half from Olivia Holyoak-Church against James Attwood sealed the home win.