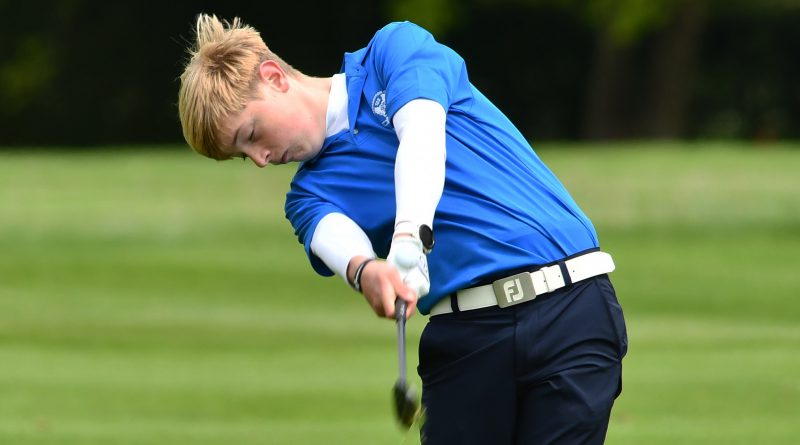 Northampton A booked their place in the Junior League semi-finals as they guaranteed first place in Group C with a 3-1 home success against Peterborough Milton A.

Although the visitors took game three with plenty of holes to spare, Northampton held their nerve in the other three ties as Harrison Taylor won 3&1, while Elliot Strickland and Ollie Penberthy were both successful on the 18th hole.

Milton went into the contest on the back of a 3-1 home victory 24 hours earlier against Northants County A, thanks to points from Shivani Karthikeyan, Euan Herson and Harry Smith.

Overstone Park B have the slightest advantage at the summit of Group D after edging a tight home contest with Northants County B by the scoreline 2½-1½, courtesy of big wins from Oliver Godwin and Freya Pickford, and a half from Jadon Pham.

Top division pacesetters Overstone Park suffered their first defeat of the season in the Scratch League as they lost 5-3 away to Northampton.

Ben Hawkins and Samuel Gilkes gave the home side the ideal start with two big wins, before Colin Mackenzie added another point with a 3&2 success.

Richard Dalton and Taylor Sargeant got Overstone on the scoreboard, but a comfortable win from Northampton’s Ross Skidmore in the last game meant the best the visitors could hope for was a draw.

With both the remaining two matches going the distance, Mark Stockdale did win his game but it was only after Mark Bazeley had confirmed the home victory by beating Ryan Genner.

Daventry inflicted Cold Ashby’s first defeat of the third division campaign as they battled back to record a 4-2 home success.

The visitors bagged halves in games one and two, and took the second tie with a 3&2 win from Kevin Basson, but Daventry held the advantage in the remaining matches as Jack Cooper, Chris Eveleigh and Daniel Haynes triumphed.

Wellingborough are out of contention for a semi-final place after back-to-back Intermediate League defeats to Rushden and Overstone Park.

Northants County moved a significant step closer to qualifying for the last four after beating closest Group A rivals Farthingstone 11-7 at home.

Despite winning the opening tie by two holes, County found themselves out against it as Richard Hook and Simon Nightingale (four holes) and Dave Jones and David Summerfield (three holes) clinched the next two games for Farthingstone.

The hosts reduced the deficit with a couple of narrow wins, before Ian Tarry and Neil Stephenson confirmed the team victory in style with a stunning seven-hole triumph.

Overstone Park had few problems booking their place in the Handicap League semi-finals as they topped Group B with a magnificent 15-0 home success against Oundle.

Cold Ashby ended Rushden’s perfect winning record in Group C with a 11-1 home victory, mainly thanks to a seven-hole success from Gary Payne and Jim Wallis. Wellingborough fought back to defeat Staverton Park 11-9 at home.

Delapre recorded the biggest victory by any team in the Handicap League this season with a 38-0 home thrashing of Silverstone in Group D.

Group D leaders Kingsthorpe remain on course to reach the last four after they fought back from an early deficit to beat Hellidon Lakes 12-5.

Wellingborough’s Ladies League team remain on track for a perfect winning season after securing their third victory of the campaign.

Although Amanda Rawson bagged a 5&4 win in the opening game, Elton Furze levelled the scores with an equally convincing victory in the next tie, meaning the result came down to the final two games, which both reached the 18th green.

Not for the first time this season, Wellingborough displayed their fighting spirit as Miriam Johnson clinched a one hole win, before Lema Townsend sealed the team success by collecting a half.

Overstone Park are the only other team with a perfect record after completing a 4-0 whitewash of Peterborough Milton, thanks to wins from Baylie Pyke, Amy Nunn, Emily Nunn and Gill Hodgson.