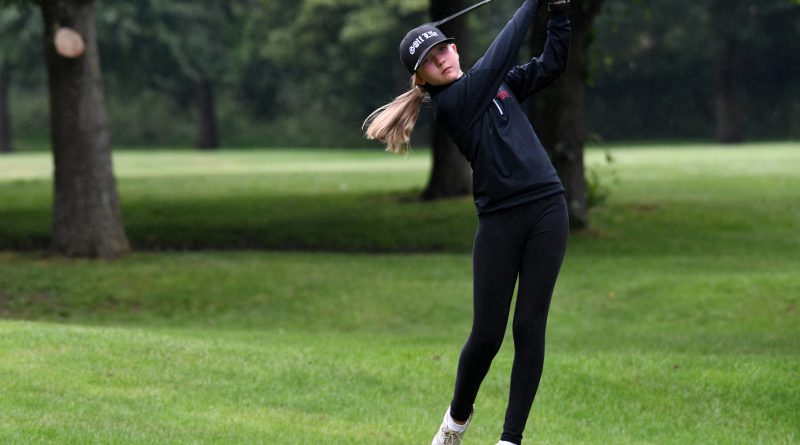 Northampton maintained their unbeaten start to the Scratch League season with a gritty 4-4 draw at reigning champions Northants County.

Andrew Limbert and Samuel Gilkes were successful in the opening two ties for the visitors, before County, who drew their previous home outing against Overstone, replied by taking the next three points.

Although Tom Bullough added another home point with a 4&3 win, it was only after the Northampton duo of Mark Bazeley and Lewis White had guaranteed the draw with two impressive victories.

Overstone Park’s B team reached the semi-finals of the Junior League as they finished top of Group D by drawing their final away match against Northants County B.

Needing to avoid a defeat, Overstone points from Jadon Pham (6&5) and Freya Pickford (6&4) confirmed a last four meeting with Collingtree Park, who finished first in Group A.

Northampton A have already confirmed top spot in Group C, but their semi-final opponents is still unknown as first place in Group B remains up for grabs after Peterborough Milton B and Overstone Park A battled out a couple of 2-2 draws.

In the first match, Overstone’s points came from a narrow home win from Baylie Pyke and a thumping 8&6 success from Josh Bodimeade, while the Milton duo of Charlie Pearce and Kai Raymond were both on the scoresheet in the reverse fixture a few days later.

Although Overstone still lie in a prime position at the top of the standings, Wellingborough can still snatch a semi-final spot if they beat the leaders at home, and then back it up with another home success against Milton in their final game.

Cherwell Edge and Northampton improved their chances of avoiding the wooden spoon in Groups A and D respectively with victories in their penultimate fixtures of the Handicap League campaign.

Despite an early deficit, Cherwell battled back to defeat Farthingstone 17-3 at home, while Northampton recorded an excellent 10-2 win at Silverstone.

Cold Ashby were also successful on their travels in Group C as they won their final match of the season at Wellingborough by the scoreline 12-5.