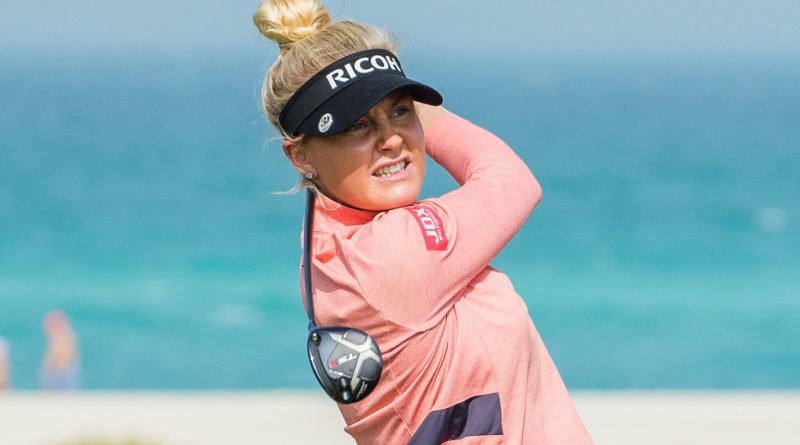 Top county professional Charley Hull came agonisingly close to winning the biggest monetary prize in women’s golf history as she finished runner-up in the LPGA’s season-ending Tour Championship.
With $1.5million for the winner, the Kettering golfer produced a stunning burst of five birdies in the last seven holes in a final round 66 to set the clubhouse lead, only for Korea’s Sei Young Kim to snatch victory with a birdie on the 72nd hole.
After winning the event in 2016 with a championship record score, Hull’s hopes of another win looked over before they had even started as she bagged a double bogey on her opening hole and sat at three over par after just 11 holes on day one.
But Hull fought her way into the tournament with some inspired golf as an eagle on the 17th hole helped her finish with a level par 72, before she bagged seven birdies in a second round 67.
Seven more birdies followed in a 66 on day three as she moved up to fourth in standings and although the 23-year-old managed to keep the bogeys off her scorecard on the last day, it wasn’t quite enough to grab the win.
The result still capped a memorable year for Hull, as she got married, claimed victory in the Fatima Bint Mubarak Ladies Open in January and remained unbeaten in the Solheim Cup as Europe defeated the USA.