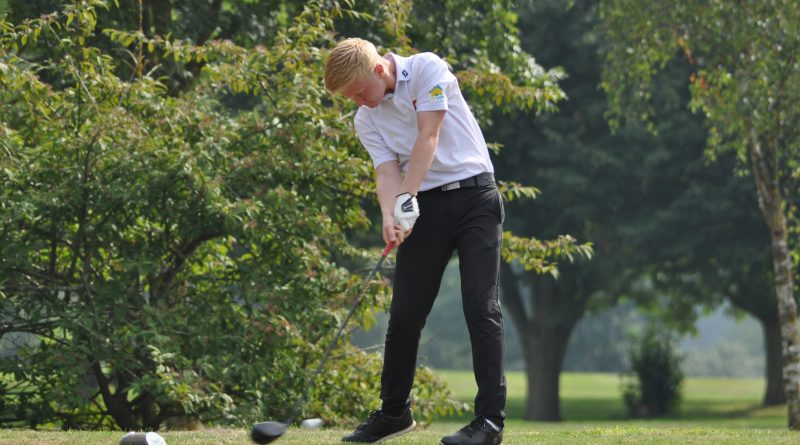 Kettering wasted no time in getting their Hollingsworth Trophy campaign off to a positive start as they recorded a whitewash away victory at Stoke Albany in Group C.
With the hosts having already lost 5-0 at Overstone last month, Kettering’s Jamie Ashcroft and Edward Keech (4&2) and Tony Ferns and Alun Genner (3&1) showed no mercy with good wins, before the visitors took the other three points on the 18th hole.
Staverton Park are in pole position in Group B after collecting two wins from their opening fixtures as they triumphed 3-2 at Farthingstone and then enjoyed a 4-1 victory at home to Collingtree Park.
The Farthingstone result was particularly impressive as they lost the opening two ties, before a 5&3 success from Tom Bodily and Joshua Morris, and narrow wins from Russell Brown and Paul Hammond in game four, and Leigh Foster and Andy Sant in the last tie completed the comeback.
Farthingstone emphasised their fighting spirit in their next outing however as they kept alive their hopes of progressing with a stunning 4-1 away victory at Oundle.
Adrian Miller and Sam Bird (4&2), Ian Bell and Paul Dale (4&3) and Simon Nightingale and David Summerfield (4&3) secure the Farthingstone win, before Richard Hook and Ricky Brown added another away point down the last.
There’s everything to play for going into the second half of fixtures in Group D after Whittlebury beat Rushden 4-1 to ensure all five teams have one home win and one away defeat.
Whittlebury, who lost 4-1 at Northampton in the opening match, were made to battle for their first victory of the season as four of the five ties went the distance, with three of those games going into extra holes.
Wellingborough remain top of the table on points difference from Northampton, Kingsthorpe and Whittlebury, but Rushden are still within touch after their lone point at Whittlebury came thanks a win on the 22nd hole.