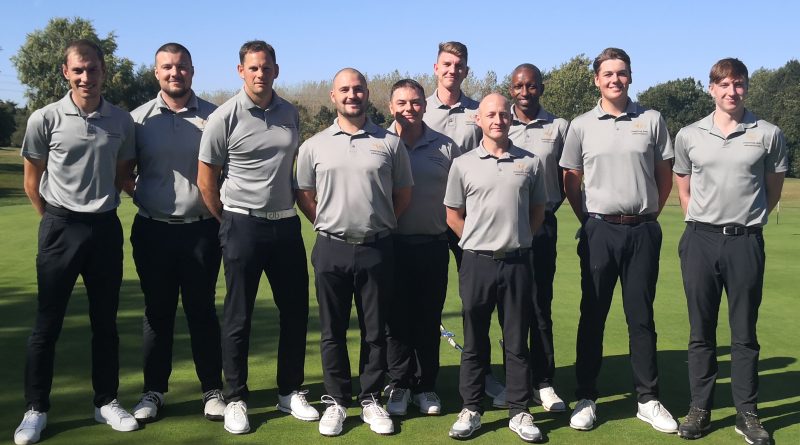 The top two seeds Overstone Park and Northampton will contest the Intermediate League Final after dominant 7-1 victories against Wellingborough and Kettering respectively in the Semi-Finals.
Although Wellingborough’s Neil Redding (4&3) bagged the opening game, unbeaten Overstone quickly took control, thanks to wins from Mark Stockdale (4&3), Cameron Reeves (6&4) and Andrew Watson (5&4) at Kettering GC.
With Jamie Newton strolling to a 6&4 victory in the last match, Overstone equalled their best victory this year as Tom Nickleson, Billy Beard and Ian Kennedy all triumphed on the 17th hole.
Northampton avenged a 5-3 defeat at the hands of Kettering in the group stages with a brilliant performance in the other last four tie as big wins from Gareth Parker (5&3), Sam Gilkes (4&3) James Aris (3&2) set the tone at Overstone Park GC.
Brad Jarvis and Dean Roberts were successful on the 17th hole, Gary Hardy and Scott Wood were taken the distance before coming good, while Joseph Hyde grabbed a consolation for Kettering in the final match.
The Intermediate League Final between Northampton and Overstone will take place at a neutral venue on Saturday, October 12th.