Division 1
Northampton emphasised their title credentials with a one-point victory at defending champions Wellingborough.
With Sam Gilkes, Alex Izzard and Lewis White all enjoying big away wins, it was a 2&1 success for Gareth Parker in the opening tie and half from Dean Roberts in game three that ultimately proved decisive for Northampton.
Northants County relied on a combination of youth and experience to record their second win of the season as they defeated Overstone Park 5½-2½ at home.
Teenagers Rhys Taylor and Corey Neville took the opening two points for the hosts, Stephen Field added a half, before the County trio of Harry Larkins, Tony Lord and Tom Bullough used all their course knowledge to wrap up the win.

Division 2
Kettering secured their second away victory this year with a battling 4½-3½ success at Cold Ashby.
Although the hosts bagged the first two games, Kettering maintained their composure as points from Chris Ward, Rob Stevenson, Jamie Ashcroft and Jordan Darnell, plus a half from Dean McIntyre sealed their third win in three outings.
Rushden remain point-less after four matches as they crashed to an 8-0 reverse at Staverton Park, for whom Max Hayward, David Gottsch, Paul Hammond, Russell Brown, Andrew Swain, Miles Mudge, Joshua Morris and Michael Franklin scored.

Division 3
Collingtree Park opening their account for the season with a thumping 7½-½ home success against Whittlebury Park as Trevor Twelftree, Neil Abery and Ray Connolly all recorded huge wins.
Farthingstone were given more of a test by Daventry before they secured their first victory of the campaign as they edged a tight home contest 5-3. 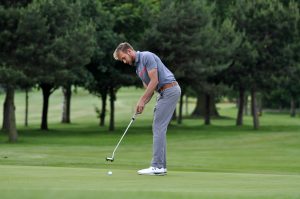