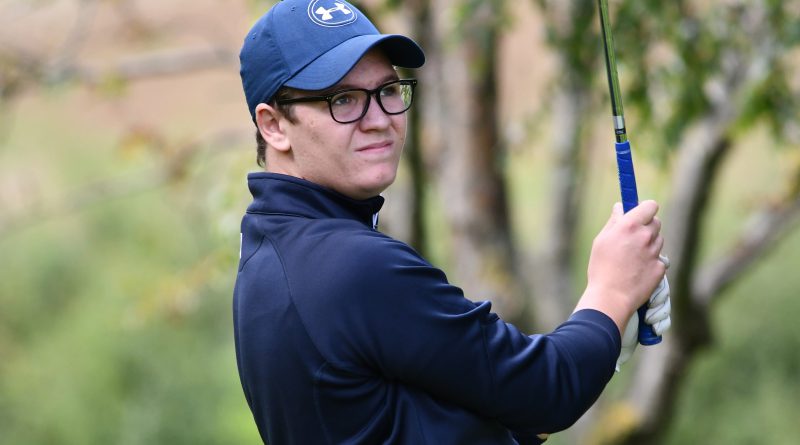 Sixteen-year-old Sam Underwood led the way as he fired a magnificent second round 67 to finish on 143 in the Men’s tournament – four strokes ahead of runner-up Jordan Darnell, who also recently came through the junior ranks.

As well as becoming the youngest Men’s Club champion in Kettering’s 139 year history, the teenager also picked up the Allison Trophy, for the best net score.

It was a similar tail of success for youngsters in the Ladies competition as 14-year-old Ruby Smith beat fellow girls member Gracie Murray to the gross title by a couple of shots with a total of 169 over 36 holes.

The Junior Club Championships, which took place over 18 holes on the opening day, saw Joe Ingham lift the Fog Trophy on countback from Underwood, with Smith taking the Matthews Cup with a brilliant net 66.

The only events where juniors missed out on the main prizes were the Centenary Plate, which went to Darren Dodd on countback from Craig Abbott, and the Ladies net prize, which was claimed by Karen Atherton. The Seniors Club Championship was won on countback by Paul Atherton.

Ellie Darnell was crowned Ladies Club Champion at Wellingborough after beating Mary MacLaren by seven strokes with rounds of 76 and 80.

Rylan Thomas was successful in the first Junior Lockdown Stableford of the month as his tally of 41 points lifted him two ahead of Kai Raymond. Maliha Mirza was third on 37.

Young juniors Isaac Wakefield and Isaac Hedger have both seen their handicaps topple in recent weeks after recording excellent rounds in the Academy Stablefords – the former carding two scores of 46 points, with the latter also posting a total of 41.

Steve Kempson enjoyed a double Mixed success on the same weekend at Rushden as he combined with Ian Blakeley to clinch the Betterball with a score of 47 points, before bagging 38 points to win the Stableford the following day.

Alfie Masser finished first in the Men’s Mid-week Stableford after shooting 40 points, while the latest Ladies Stableford went to Claire McIlroy (34) by one from Yvonne Wilcox.