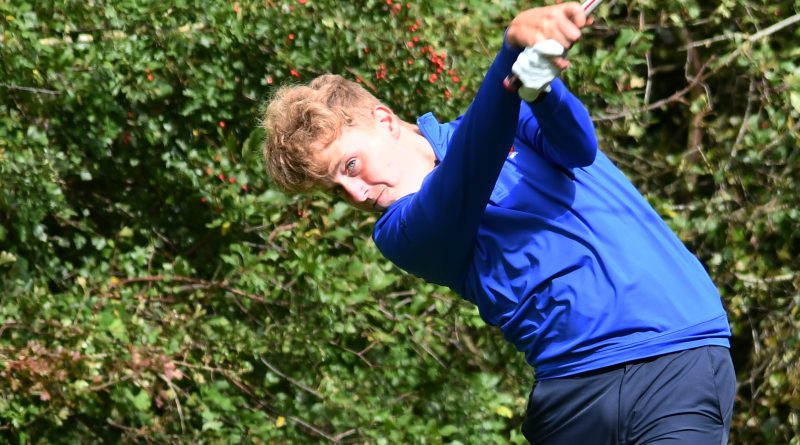 Teenager Joe Hyde overcame a double bogey on the opening hole to complete the last 17 holes in gross level par on his way to victory in the September mid-week Medal at Kettering.

The five-handicapper’s net 66 meant he finished two ahead of Philip Gilbert, with Richard Davidson and Andrew Draper a further shot off the pace.

Forty two points was the best score in the September Mid-week Stableford at Wellingborough as 12-handicapper Alan Grey took the plaudits by one from Jim Baylis.

Anand Aggarwal and Amy Faulkner beat the course at Rushden by six holes to claim the Owen Parker Cups by four from Laura Gant and Shaun Gant.

Jason Benzie was the player to catch in the Spring Meeting as a net 66 earned a two-shot victory from Steve Kempson and Richard Pinnock.

Malcolm Fowley collected the Presidents Trophy at Priors Hall in commanding fashion as his tally of 40 points was four more than closest rivals Lewis Kirk, Adam Geoghegan and Jak Hearn could manage.

It was closer in both the Seniors Stableford and September Medal as Gerry Parton (41 points) won the former by one from William Addison and Stephen Etheridge, while Ian Tinto (net 66) edged out Matt Goode by the same margin in the latter.

Adam Long smashed an excellent total of 41 points to win the Lockdown September Mid-week Stableford at Peterborough Milton by four from a quartet of players.

Conor Brennan was only marginally less impressive in the September Medal as the 17-handicapper dropped just two strokes on the back nine in a winning round of net 66. Richard Olejniczak and Mick Oldfield were next on 68.