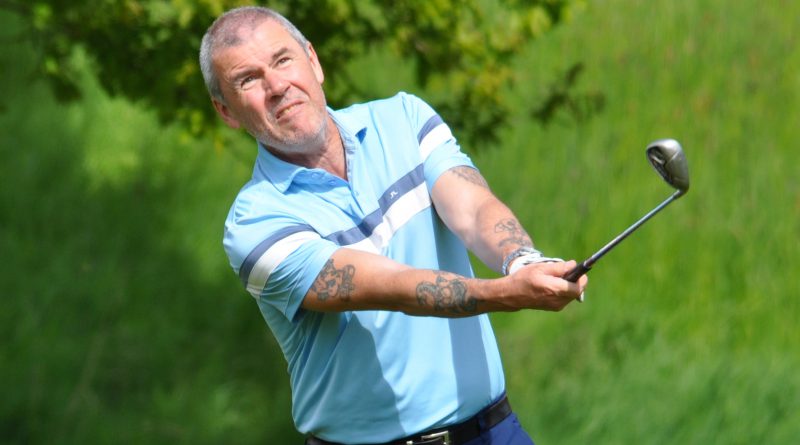 Gavin Harding birdied the 18th hole in the Singles Stableford at Priors Hall to snatch a countback victory from Liam Floody and Robert Muir on 38 points.

It was a similar story in the next Singles Stableford a few days later as Darren Buchan also birdied the closing hole to earn a countback success from Robert McCully (41).

The Seniors Stableford saw a more comfortable win as Martin Holmes carded a birdie on the opening hole, and then parred eight of his last 11 holes, in his excellent tally of 43 points.

In the opening 11-hole Seniors Winter Stableford, Alan West won by one point from Gerry Parton.

Seven points was the margin of victory in the Wellingborough Men’s Am-Am as Kevin Larham, Darren Wilkins, Nick Metaxas and Will Bissaker (95) comfortably held off the challenge of from Richard Munns, Steven Munns, Ed Bilson and Alan Stokes

Michael Coles and Matthew Coles were crowned Family Foursomes champions after beating William Butler and Wendy Butler by one after posting 42 points. William Smith and Dean Smith were a distant third.

Jacob Williams was crowned Peterborough Milton Junior Scratch Player of the Year after shooting rounds of 73 and 75 to beat Shivani Karthikeyan by three strokes.

County Girls team member Karthikeyan went one better in the Handicap Player of the Year competition as a total of net 141 lifted her three ahead of Chelsey Sharp and Williams.

Nine-year-old Sam Mayman clinched the Academy Rookie of the Year prize as his score of 36 points was three more than runner-up Isaac Hedger could manage.

One shot was the winning margin on both days in Rushden’s October Medal as Scott Manning (net 69) beat Mark Johnson and Paul Hofman on Saturday, while Nod Carvell (71) edged out Ian Folwell and Stuart Emms 24 hours later.