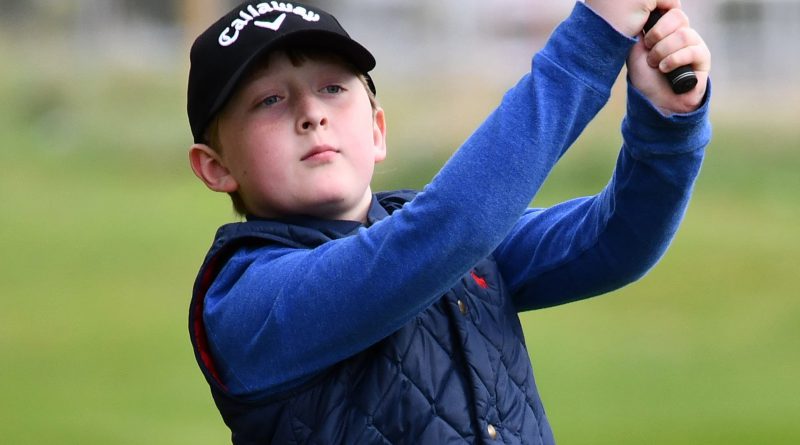 The opening round of the Brutan Plate Men’s Winter League at Whittlebury Park saw Oliver Gallagher and Luke Werboweckyj (46 points) share first prize with Stuart Dunford and Andy Hannam after both handed in similar looking scorecards.

Whilst Gallagher was the dominant partner alongside Werboweckyj early on in their round, it was a similar story for Hannam who played the better golf over the outward stretch before Dunford came good with three successive pars at the end.

Lucia Scott beat Bev McCreadie by two in the fourth week of the Ladies Back Nine Winter League Series after shooting 20 points. Elaine Loydall was successful in the Front Nine competition a few days earlier with 18 points.

Forty six points was the leading score in the opening Northampton Winter League competition as Geoff Pell and Jason McKenzie finished two ahead of John Timms and Luke Steel.

Tony Dakin was successful in the Seniors Turkey Stakes event as a tally of 40 points lifted him one clear of Keith Heard, with David Page in third on 38.

Sawyer carded 18 points to grab the 150-yard victory, Connolly and Walker finished joint-top in the Edge of Fairway event, while Barby was the leading girl over 18 holes. Darkness prevented the boys from finishing their 18-hole competition.

Wayne Wright and Mark Todkill were the combination to beat in the Parish Joinery Golf Day as they posted the best score of 44 points at Kingsthorpe.

Karin Poolton and her partner (42) finished runners-up in the popular event by one from Thomas Piercey and Alan Malin.

Andrew Baker rose to the top of the leaderboard in the Social Cup after the 12-handicapper parred half the holes at Overstone Park on his way to a total of 37 points.

On a difficult day for scoring, Mark Roberts (36) finished in second position by one from Gill Hodgson and John Bryant.

Roy Trim was successful in the Hellidon Lakes November Stableford by two from Richard Barnes after he posted 39 points. Brian Jones and Jack Shurvinton were the second and third division winners respectively.

The third Tigers Merit League competition witnessed a convincing win from Philip Gibson as he finished four ahead of John Stapleton and Paul King on the back of a tally of 40 points.