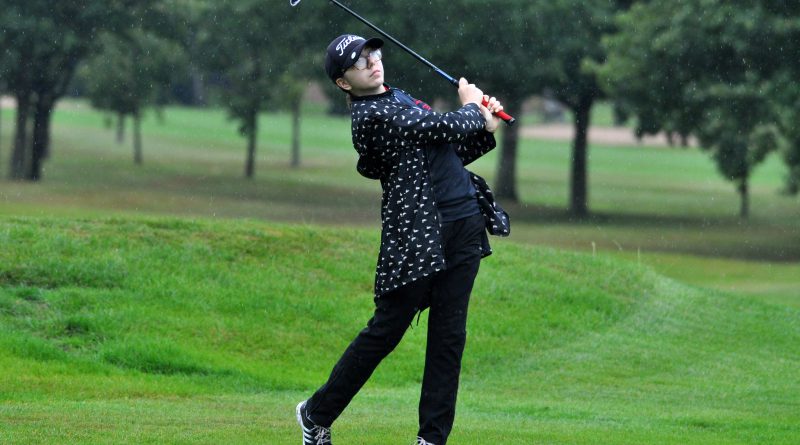 Overstone Park’s policy of giving youngsters the best chance to develop as golfers was further emphasised when they sent a large contingent of junior members to play in the Nuneaton Junior Open.

With the event attracting the biggest field for a Warwickshire Junior Open in a few years, Overstone’s Tamsin Munro finished third in the girls 18-hole net category after shooting a round of net 73.

Despite heavy rain making conditions more difficult for the later starters and the nine-hole players, the host club were full of praise for how the visiting youngsters conducted themselves.

Forty six points was the winning total in the Jubilee Cup at Priors Hall as Trevor Shiells and Steve Shiells came out on top by one from James Reed and Dom Johnson.

Teresa Pack (net 72) and Linda Smith (74) led the scoring in the first and second divisions respectively in the Ladies August Medal at Rushden, while Owen Roberts won the August Mid-week Stableford with 38 points.

Ben Bright compiled the best net round of 67 in the Presidents Cup and Shield competitions as he finished two clear of top section players Gary Knight and Kane Attley.

Josh Edmondson’s 41 points was the leading tally in the Lockdown August Mid-week Stableford at Peterborough Milton.

Nathan Firman (39) clinched the top division, Sav Fasulo (36) won the second section, while Daniel Wisbey and Phil Clark (both 39) led the way in the third section.

A single point was the winning margin in the Ladies Lockdown Stableford as Georgia Sly clinched a slender victory from Janet Goodall and Linda Gill.

Stuart Bell lifted the Lane Cup over 36 holes at Kettering after net rounds of 69 and 64 secured a two-shot victory from Stephen Ashcroft and Luke Saywood.

A couple of strokes was also the margin of success in the Ladies August Medal as Vicki Lyness (net 70) grabbed the honours from Andrea Whitlam.

The Seniors Gordon Bruce Trophy went to Terry Cade (39 points) by one from David Patrick and Paul Bingham.

Net 67 was the leading score in the August Mid-week Medal as Gary Robinson and Bill Hancock clinched the top two divisions with that score. John Haynes was the best high-handicapper on 69.

Susan Holland and Bina Shah picked up the Ladies Harrowden Hall Cup as a tally of 36 points nudged them just ahead of Pauline Kendall and Lema Townsend (35).

The Seniors Vets Cup was also a close contest with Robin Butler (40 points) needing countback to get the better of David Birkett after carding eight gross pars and just one bogey over the back nine.