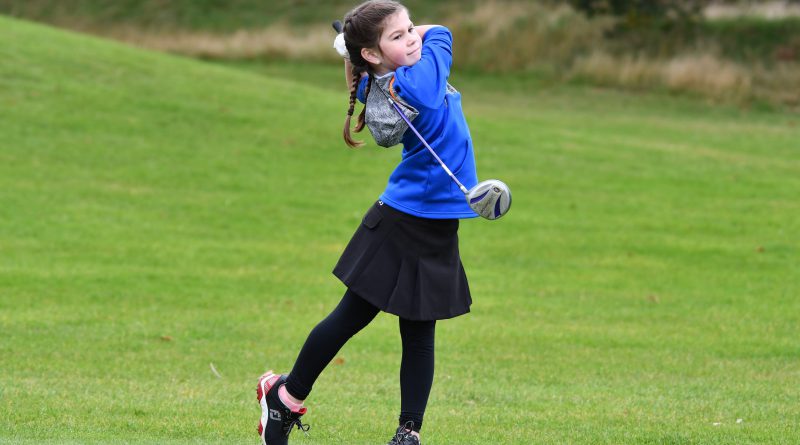 Jody Parfitt, Edie Connolly and Mark Haywood led the scoring in the three divisions of the September Junior event at Collingtree Park as the youngsters continued to impress.

Junior Club Champion Parfitt won the 18-hole top prize by one from Ellie Harmer, Connolly beat Joshua Walker by four in the ‘edge of the fairway’ nine-hole competition, while Haywood clinched the 150-yard honours after posting 20 points over nine holes.

The latest two seniors events witnessed contrasting results as Anthony Langley needed countback to beat Kevin Darby (38 points) in the Windingbrook, while Tony Schomberg (42) strolled to a five point victory in the TACCO.

Scott Sanders took the honours in the September Medal at Overstone Park as a net 65 earned a three stroke victory from Lee Hitchcock and Jamie Newton. The ladies top prize went to Gina Collier by two from Club Champion Baylie Pyke.

Dan Barney, who finished runner-up to Christ Taylor in the top section, went into the event in good touch after beating Dan Kennedy on countback in the September Mid-week Medal a few days earlier with a net 66.

A couple of strokes was the margin of success in the net competition as Alex Saker got the better of Bazeley on 136.

Countback was required 24 hours later in the September Mid-week Stableford after Paul James and Josh Murphy came in with the leading nine-hole tally of 22 points. James grabbed the verdict.

Brian Watkin was successful in the McLeod Trophy Stableford at Kingsthorpe as a tally of 40 points lifted him one ahead of top division pacesetter Danny Cramphorn.

A single point was also the margin of victory in the Seniors September Stableford as Stephen Chard (41) got the better of Roy Motee.

Ossie Williams needed countback to get the better of Tim McCreadie in Staverton Park’s Seniors September Stableford after both players compiled the leading total of 40 points.

Andy McKeown (70) led the top division scoring by three shots from Richard Barnes, while Duncan Childs won the second section with a net 73.