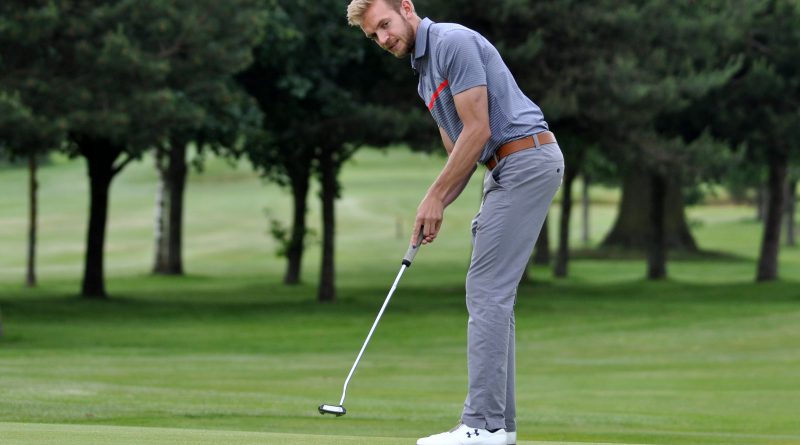 Miles Mudge clinched the Staverton Park Club Championships title for the third time after finishing five shots ahead of defending champion Michael Franklin with rounds of 68 and 70.

Net 68 was the best men’s score in the July Medal at Cold Ashby as Graham Hanmore took the top division honours by two strokes, while Paul Adams led the way in the second section.

Greg Mitchell and Alan Bott were the best high-handicappers on 70, while Julie Bott won the ladies competition with an excellent round of net 67.

The latest Pro Shop Stableford also witnessed a collection of very good scores as Maurice Bott (44 points) grabbed the plaudits by one from James Wallis, with Spencer Daniels a further point back in third.

Lawrence Hughes compiled a brilliant round of net 64 to clinch the Highfield Salver at Daventry by one stroke from Stephen Sawbridge. Third spot went to James Berry on 66.

David Reeves was no less impressive in the third Summer Medal as he fired a magnificent net 63 to finish six ahead of Kevin Husbands in the top division.

Colin Long and Darren Taylor (both 70) were the respective leading players in the other two categories.

Neil Picton, Martin Dunn, Gary Malin and Adam Malin were the combination to beat in the Early Bird Team Stableford as a tally of 101 points pushed the quartet four clear of the second-placed side.

Don Burnhope was successful in the Seniors Irish Open as a score of 37 points lifted the 18-handicapper two ahead of Maurice Lines.

Jennie Rathbone claimed the Ladies Rice Bowl at Hellidon Lakes after winning the bogey competition by one from Susan Talbot.