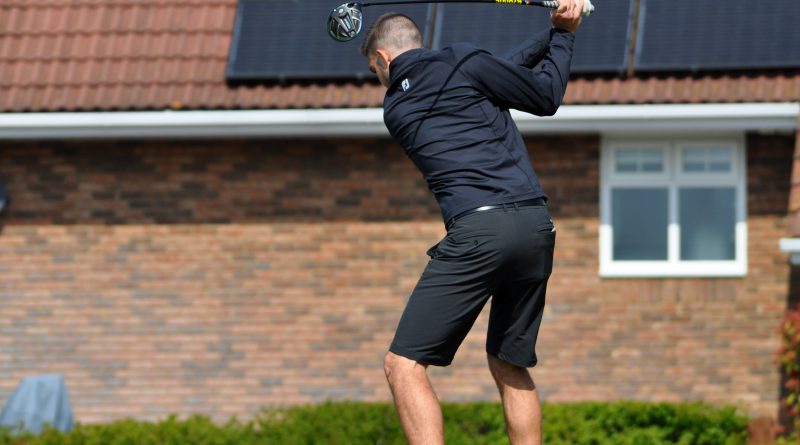 Jensen Parfitt came from four shots off the pace at the half way stage to win the Collingtree Park Men’s Club Championship title by three strokes with a 36-hole total of 143.

Although Chris Swift led after an excellent first round of 69, Parfitt kept his composure as he improved his opening score by three strokes to surge clear of his rival. Ryan Chamberlain finished third on 147.

Alan Woods, Danny Cramphorn, Paul Cranswick and Tony Martin were the team to beat in the Tim Giles Texas Scramble at Kingsthorpe as they carded an impressive winning score of net 53.8.

The quartet of Kevin Purkis, John English, Tony Hillery and Tosh Kerr had to be content with second prize on 55.4.

Nita Pryer enjoyed a convincing win from Leslie Jaeger and Lema Townsend in the Ladies August Stableford after posting 35 points.

Countback was required in the Jubilee Trophy at Staverton Park as Nick Heard and Paul Holmes both came in with the leading mark of 40 points. Heard’s better finish proved crucial as he secured the verdict from Holmes, with Tom Bowen third on 39.

Forty one points was the winning total in both the Founders Cup and the latest 9 O’clock Club Stableford competitions as Benjamin Ullmann beat Roy Marriott on countback in the former, with Mike Swinnerton clinching the latter by one.

A single point was also the margin of success in the President’s Cup as Martin Nicholls and Steven Nicholls (46) edged out runners-up Alex Smart and Oliver Gallagher, and third-placed Simon Hirst and Ron Carron.

Martyn Bannister compiled the lowest net round of 69 in the Hellidon Lakes August Medal as he finished five clear of his closest rivals in the top division.

Graham Newport (72) won the second section by one from Shaun Start, while Darren Seaton (70) was the leading high-handicapper ahead of Wayne Biddle (71)

Daniel Prescott maintained his blistering form at Farthingstone as he recorded his third competition victory this summer by claiming top prize in the Summer Bash with an impressive tally of 40 points.

Prescott, whose handicap has dropped from 16 to 11 after wins in the Wilf Trophy and John Beeby, finished four points ahead of Carl Harrison, Stephen Prescott, Martin Northover, Michael Barnett, Adrian Miller and Robin Slough.

Spencer Mabanga’s 38 points were the leading score on Club Captain’s Day at Daventry as he finished one ahead of Daniel Haynes, with Darren Robinson a further point back in third position.