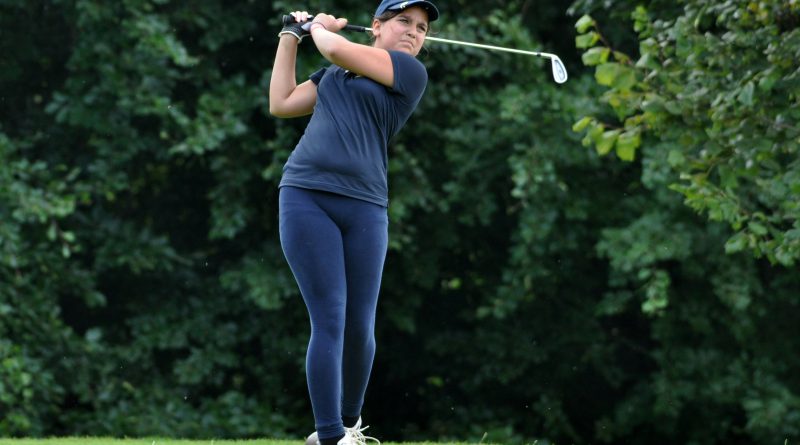 Maliha Mirza gave a further glimpse of her potential as the left-hander won Peterborough Milton’s Junior Lockdown August Stableford with a brilliant tally of 45 points. Jade Roberts (41) was runner-up by two from Matthew Mills.

At the other end of the experience scale, former County first team captain Neil Presto once again proved his competitive instincts as he fired the leading score of 40 points in the top division of the August Lockdown Mid-week Stableford.

Andy Brown matched Presto’s round as he grabbed the plaudits in the second section by one stroke from Damien Ramm.

Forty eight points was the winning score in the Lee Dalton Trophy at Wellingborough as Paul Smith and Richard Armitage triumphed by three from David Woolf and Gerry McGrady. Third place went to Martin Noons and Kevin Turner (44).

Richard Armitage got the better of Harry Turner on countback in the August Medal after the two mid-handicappers carded the leading score of net 68. Dan Barker and David Fairhead (both 69) won the first and third sections respectively.

Alan Peacock’s game was blooming good in the Rushden Senior Section Championship as the 11-handicapper grabbed the gross plaudits by one shot from David McCutcheon and Jim Bailey with a round of 81.

In-form Ben Bright was once again in great touch in the Autumn Meeting as the high-handicapper compiled the best score of net 67 on Saturday.

Josh Smith and Scott West were next on 70, while Daniel Stratford and Thomas Prowse both carded 71 the following day.

Young Matthew Tilley was in magnificent form in the August Sunday Medal as the junior member compiled the lowest net round of 61.

On a good day for scoring, David Potter (64) won the top category by one from Andrew Alexander, while Darren Dodd beat James Attwood and Ady Starmer (all net 66) on countback in the second division.

Countback also denied Attwood a second prize a few days later in the Junior Medal as Sonny Lennon edged him out on net 74.

Neither player could match the scoring of Ruby Smith however as she led the way with a net 71 to see her handicap cut from 17 to 14.