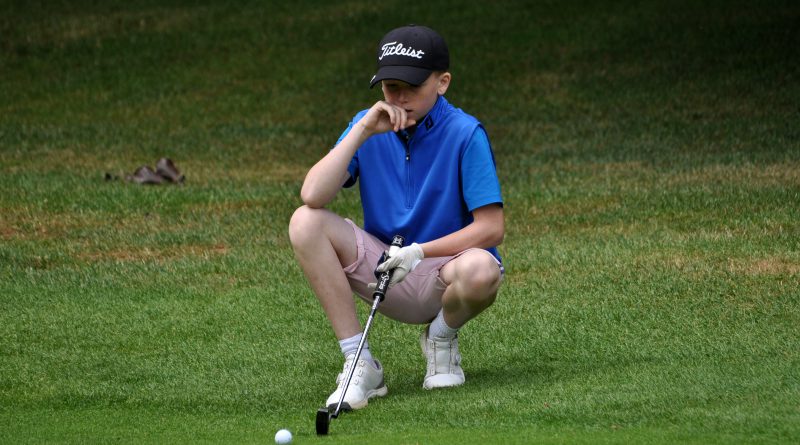 Northampton Golf Club celebrated another successful year for young golfers by announcing their prize winners for the annual Junior Awards on Facebook.

Amongst the players earning the accolades in 2020 were Boys Club champion Elliot Strickland, who completed a gross and net double in the Golfer of the Year category, and Players’ Player of the Year Jade Potter.

Nineteen points was the leading score in all three of the latest nine-hole Seniors competitions at Staverton Park as the veterans enjoyed competing over the inward and outward loops.

John Shakespeare beat Ian Lucas by two points in the Blue Group Back Nine tournament, while Tony Pernyes and Chris Pendlebury were both successful by one in the respective Blue and Red Group events over the first half of the course.

High-handicapper Adrian Waynforth did just enough to clinch first place in the Whittlebury Park December Mixed Stableford as he posted the leading score of 39 points.

Paul Wikeley and Adam Huckle were next on 38, while Nick Carlier came away with the gross plaudits.

Tracey Mann, who finished runner-up to Sandy Pattenden in the Ladies Winter Nine-hole Stableford a few days earlier, went one better in the Mixed event as she won the Ladies prize.

Chris Edser produced an exceptional display in the Collingtree Park Seniors December Stableford as he smashed 39 points over just 15 holes to finish eight clear of Geoff Lees and Anthony Langley.

The Men’s December Stableford was much closer as Alistair Robinson got the better of John Miller on countback after both players shot 34 points over the shortened course.

In the two Turkey Trots a week earlier, Dave Bandey and Alex Mawby (43 points) triumphed on Saturday by one from Jason Withrington and Harry Withrington, before Jake Croxford and his partner (44) won by four the following day.

Countback was needed in Daventry’s Turkey Trot competition after Jason Smith and Lenny Newell both players ended up one ahead of Chris Poolton with 39 points. Smith secured the verdict, thanks to his better finish.