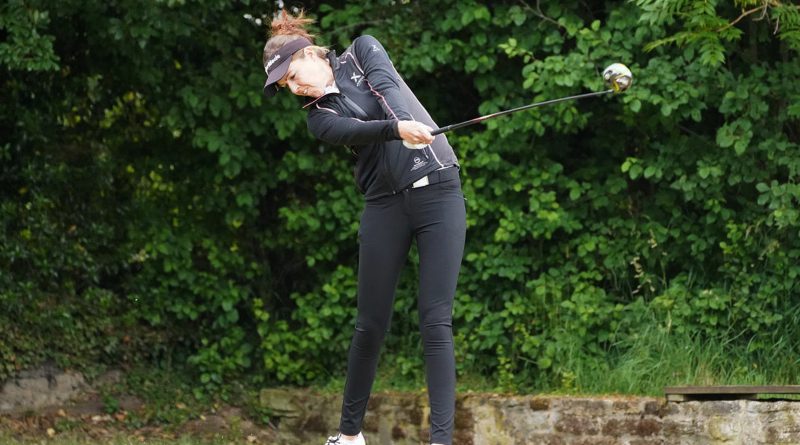 Wellingborough professional Meghan MacLaren returned to competitive active for the first time since March by taking part in an event on the mixed 2020protour at Cleckheaton Golf Club.

The Ladies European Tour player, whose last appearance before lockdown saw her grab seventh prize in the South Africa Women’s Open, carded a one-over-par 71 on the Yorkshire course to finish one shot behind Northants County’s Paul Broadhurst in 39th place.

MacLaren, who has been a vocal advocate of equal rights for women golfers in terms of prize money and playing opportunities, will have further chances to compete in the new Rose Ladies Series on each Thursday over the next six weeks.

Formed by Ryder Cup star Justin Rose and his wife Kate, the opening one-day competition is at Brokenhurst Manor on June 18th, followed by tournaments at Moor Park and The Buckinghamshire.

Royal St Georges, which was scheduled to hold the Men’s Open Championship this year before it was postponed due to the coronavirus, hosts an event on July 9th.

JCB Golf & Country Club, where MacLaren’s dad David is the General Manager, is next, before Bearwood Lakes hold the last qualifier for the Grand Final, which takes place at an unnamed venue over two days at the end of July.

With the Evian Championship, Scottish Open and British Open in the Ladies European Tour diary for August, MacLaren could be joined by fellow Wellingborough pro Charley Hull as the duo look to sharpen up their competitive skills.