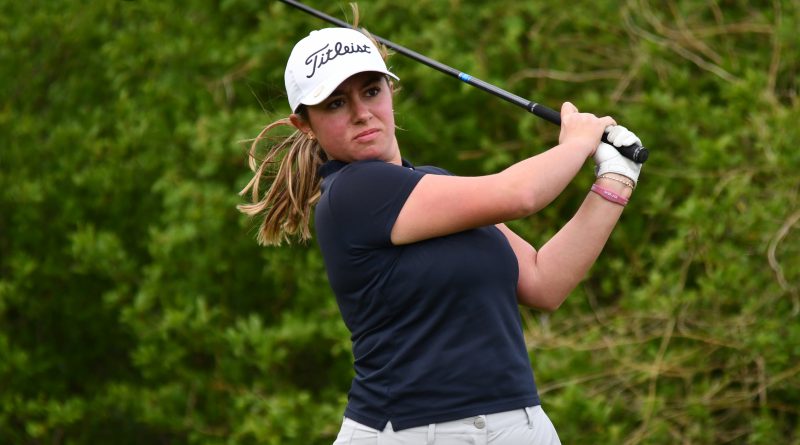 Northampton’s Leah Ribano was crowned 2022 County Ladies champion for the first time after beating Overstone Park’s Baylie Pyke on the 18th hole in the final at Cold Ashby GC.

Ribano, who lost in the final in 2019, progressed through to the showpiece match after defeating Northants County members Louise Harte and Millie Billson in the last eight and last four respectively.

Pyke beat Overstone club-mate Amy Nunn in the quarter-finals before defeating Peterborough Milton’s Chelsey Sharp, who knocked out reigning champion Millie Billson in the previous round, in the semi’s.

Ribano and Pyke qualified for the knockout stages as the top two seeds with the former carding rounds of 78 and 72 to finish a couple of strokes ahead of her Northamptonshire team-mate.

The KO Swannell Salver, which is played for by the golfers finishing ninth to 16th in strokeplay qualifying, went to Kettering’s Gracie Murray as she beat fellow junior Olivia Holyoak-Church (Northants County) 3&2 in the final.