Golfers in Northamptonshire will no longer have the opportunity to test their skills on one of the more unusual courses in the county after Embankment Golf Club permanently closed last week.
Situated in the grounds of Wellingborough School, the nine-hole layout included holes that could involve the unique challenge of playing over rugby or football posts, hedges and around a cricket field.
New Wellingborough Club Captain George Khaw, who was a member at Embankment for many years, says it was sad to see his old club close. He admitted: “It’s a real shame because I had so many good memories from playing there.”
St. Andrews Hospital was the last Golf Club to close in Northamptonshire after they ceased to exist in 2011 – a year after their men’s team won the NGL Hollingsworth Trophy.
Although Embankment, which was founded in 1977, didn’t win any of the major county titles, they did enter a team in the Handicap League for many seasons and will be missed.
Northamptonshire Golf Ltd, which was formed in 2015 following the merger of the Northamptonshire Golf Union and Northamptonshire Ladies County Golf Association, will now oversee just 26 Golf Clubs – two of which are ladies only. 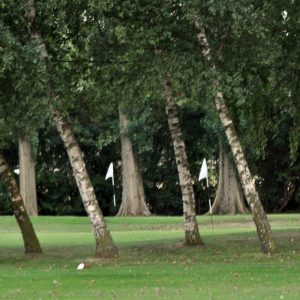