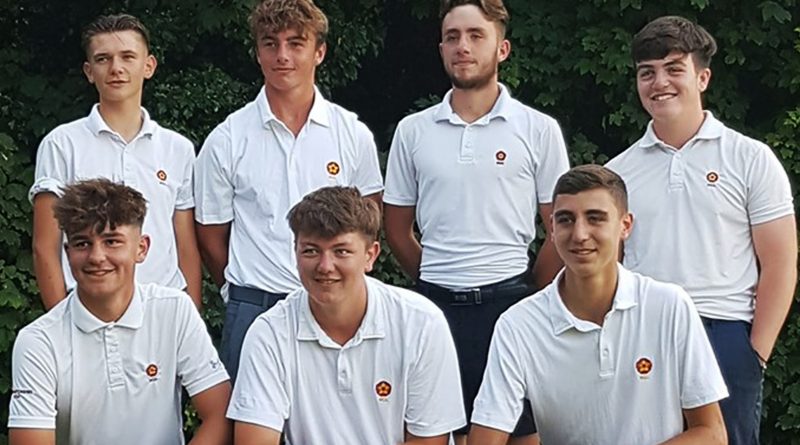 Northamptonshire had to be content with third position in the England Boys County Finals after leaving their best golf until the final day of at North Foreland GC.
The County, who won the regional qualifier at Robin Hood GC in late May, made a slow start against Lancashire as they lost all three pairs ties, before collecting just two singles points from Harry Oddy and Max Hayward as the team lost 7-2.
Corey Neville and Joe Quinn were the only Northants pair to bag a pairs win on the second day against Devon, but the team responded with singles points from Oddy and Quinn.
With the last two games going to their South West opponents, Northamptonshire’s hopes of glory ended however with halves from Luis Witherall and Neville.
The team completed their campaign on a high against Kent as Owen Watts, Josh Pritchett, Witherall, Oddy, Hayward, Neville and Quinn all got on the scoreboard in a 7-2 victory.
Northamptonshire’s Boys Under-14’s team, meanwhile, finished seventh out of 10 counties in the 2019 Midland Boys County  Team Championships at Broughton Heath GC.