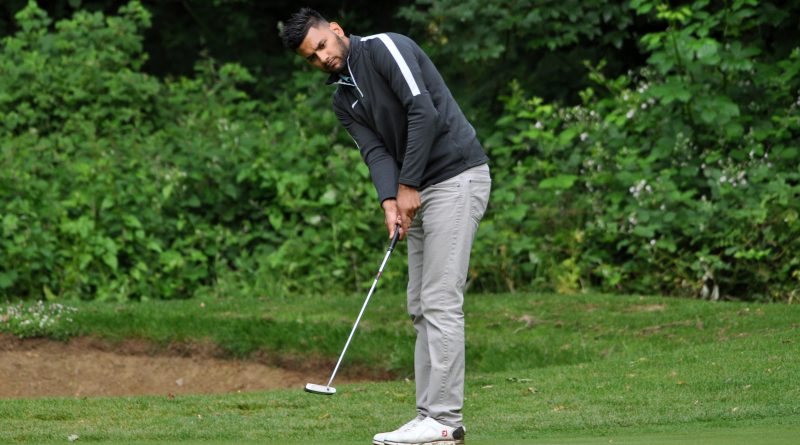 There were a number of competitions that took place at various Golf Clubs across the south of the county before the spread of the Coronavirus outbreak.

Staverton Park
One point was the difference between first and second positions in the Blue Group Back Nine Seniors competition at Staverton Park as Paul Farenden (20) edged out Peter McMahon.
Fresh from his victory over the closing stretch in the Red Group seven days earlier, Ian Machell emphasised his capabilities on the Front Nine as he beat Trevor Tracey on countback with 20 points.

Kingsthorpe
Paul Keeler produced an outstanding display of golf in Kingsthorpe’s St. Andrews Cup Stableford as the high-handicapper compiled a magnificent winning tally of 44 points.
Andy Sibley was one of four players to finish three points off the pace as he forced Maurice Lines, Bob Sanderson and Alec Sarjeant into the minor places.

Collingtree Park
Trevor Twelftree proved too strong for the field in the March Stableford at Collingtree Park as the six-handicapper’s tally of 41 points lifted him two clear of Arjun Shah.
Mark Charteress led the way in the second section by a couple of points from Chris Swift and Neil Horner (both 35).

Farthingstone
A birdie on the sixth hole at Farthingstone was the round highlight for Robert Colby in the Winter Bash as the 20-handicapper secured the honours with 37 points.
David Summerfield (35) collected second spot by one from Carl Harrison and Anthony McCormack.

Northampton
Andrew Robinson was successful in the fifth round of the Winter Series at Northampton as a total of 33 points was enough to secure top spot from Neil Robinson on a difficult day for scoring.

Hellidon Lakes
Countback was required to decide the winners of the 2020 Ladbroke Village Cup after two pairings came in with the leading score of 39 points.
Jody Heritage and Gary Caunt gained the verdict from Andrew Charlesworth and Chris Bass, with Shaun Start and Paul King a further point off the pace.

Whittlebury Park
Christine Coles did just enough to claim the top prize in the Ladies March Stableford at Whittlebury Park as she finished one point ahead of runner-up Sandy Pattenden.

Daventry
Nick Blunt’s game didn’t live up to his surname in the Nine-hole Stableford at Daventry as the high-handicapper found his best form to triumph with 20 points.
Edward Hunt finished runner-up on countback from Derrick Broomfield and Roland Jones (all 19).