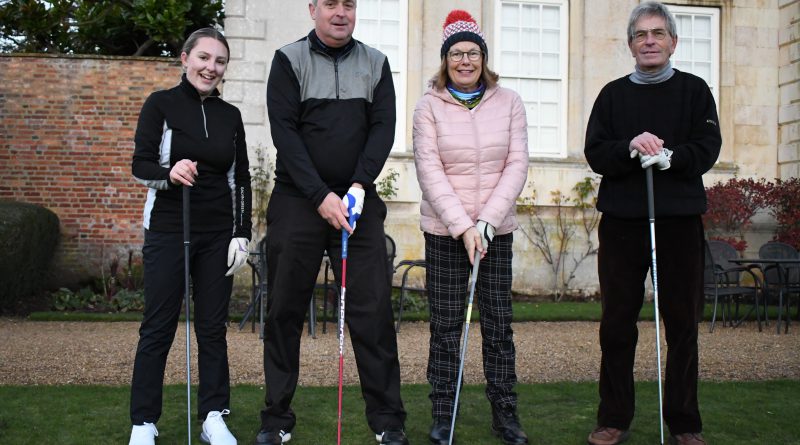 Dan Barker, Nick Blount, Andrew Cox and Wayne Partridge came out on top in the Captains Drive-in competition at Wellingborough by four from Carl White, Paul Saunders, Jamie Jones and Mark Hedley with a total of 87 points.

Jamie Townsend did just enough over the closing three holes to beat Michael Sawford in the third week of the Winter League at Priors Hall after both came in with the leading score of 27 points over 11 holes.

Countback was also needed in the fourth Seniors Winter Eclectic event as Gerry Cummins got the better of Brendan Breslin with 26 points.

Gordon Brooks and his partner took the plaudits in the Seniors American Greensomes at Rushden by a single point from two pairings after posting an impressive tally of 45.

Shaun Gant’s team recorded a comprehensive victory in the Yellowball Seven Day Members Competition a few days later as they bagged a winning tally of 131 points – eight more than their closest rivals.