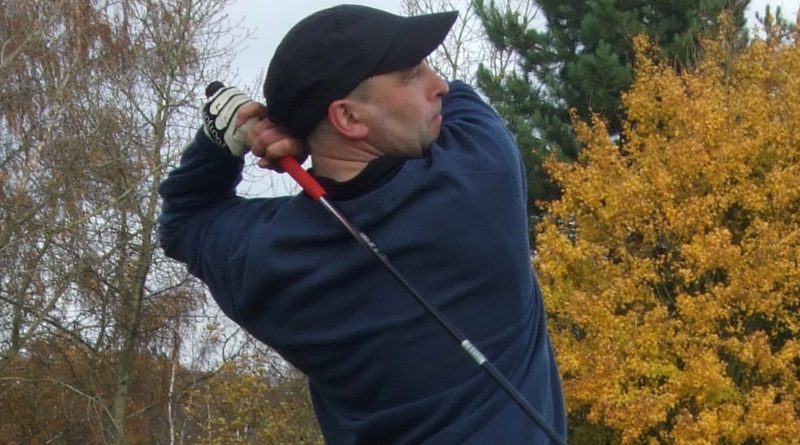 Darren Matthews rolled back the years in the December Stableford at Farthingstone as the experienced five-handicapper carded a winning score of 39 points.

The former county first team player bagged five gross birdies, including four in a seven-hole stretch around the turn, to finish one point ahead of Michael Albone and Steve Roberts.

Adam Malin and Andre Hares posted the best score of 47 points in the Saturday Turkey Trott at Kingsthorpe as they finished one ahead of the field.

Glyn Thomas and Brian Carter were successful in the Sunday Turkey Trott the following day as they edged out Andy Trott and Tony Hillery on countback with 45.

Alan Bosher edged one ahead of Ray Rumble in the Staverton Park Seniors Red Group nine-hole competition after shooting 20 points over the inward loop of holes.

Allen Halliday, who won the Blue Group back nine hole competition the previous week, emphasised his prowess on the rest of the course as he beat Michael Milam on countback over the front nine with 20 points.

Forty three points was the winning total in the Hellidon Lakes Christmas Competition as Tom Laver secured the plaudits by five from Terry Washbrook, with Martyn Bannister a further point adrift in third.

Richard Euerby and Adam Huckle got the better of Richard Braybrook and Jo Borton Berry on countback in the third round of the Bruton Plate after posting 39 points in the latest Men’s Winter League event at Whittlebury Park.

The Ladies Nine-hole Stableford, which was played on the same day, went to Tracey Mann.