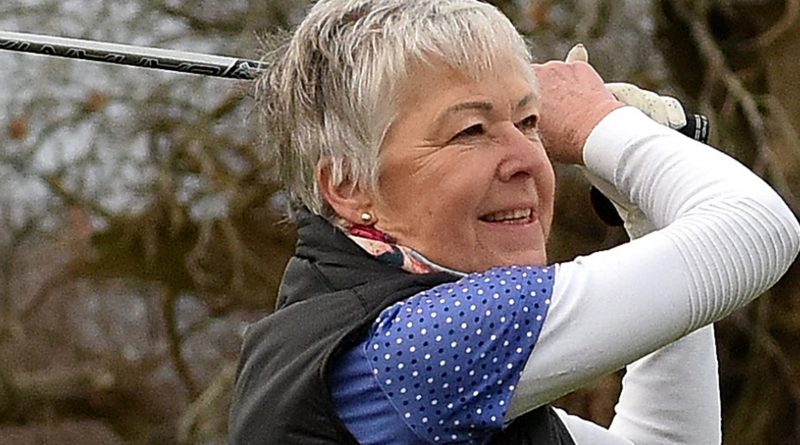 Robin and Roberta Gee became the second consecutive husband and wife combination to become Club and Ladies Captain respectively at Northampton after taking over from 2022 skippers Stewart and Wilma Mcarthur this month.

Northampton, meanwhile, are organising a new 36-hole amateur world ranking tournament on March 25th-26th for elite women golfers under the age of 21.

The Northampton Tigress, which is being run by club professional Nick Soto, club manager Luke Barney, Andy Potter and Jade Potter, will have a maximum field of 30 players. For more details email northamptontigress@gmail.com.

One point was the margin of victory in both the latest Seniors Winter Series nine-hole competitions at Staverton Park.

Tony Pernyes carded 21 points to hold off Richard Harris over the outward half, while Trevor Tracey’s back nine total of 19 points was sufficient to get the better of Ken Morris, Tom Langhorn, Ossie Williams and Ian Machell.

Wonder Munemo is the leader of the Gentlemen’s Alternative Winter League after six rounds at Whittlebury Park by three points from Stephen Harris, with Rob Askham a further point back in third.

The George Blues Trophy Ladies Winter League sees a tie for the lead as Danielle Edwards and Deborah Dixon both head the standings on 29 points.

With the aim of raising funds for Comic Relief, the fun day involves an 18-hole ‘Red Ball’ Team Competition, coffee and bacon roll on arrival, a hot drink at the half way house, a buffet lunch and a great prize table. For more details, contact the club.

Thirty eight points was the leading tally in the 10th week of the Hellidon Lakes Tigers Winter Merit League as Len Edwards secured the plaudits by one from Philip Gray and Thomas Haydon, who claimed second and third respectively.