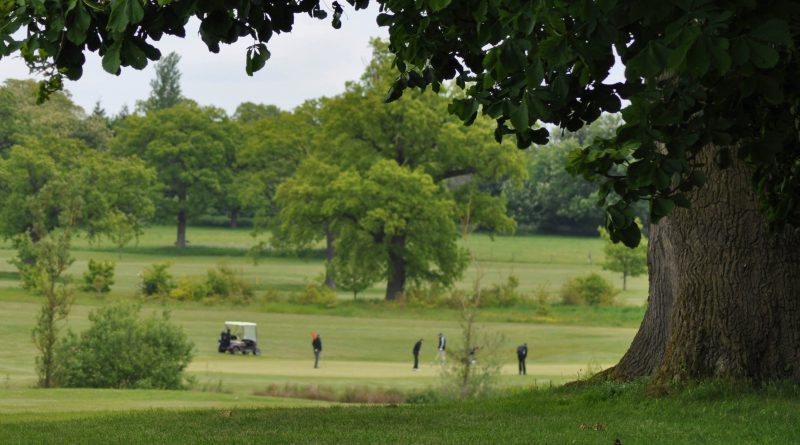 Forty three points was the best score in the President’s Cup at Whittlebury Park as Adrian Waynforth and Michael Lally grabbed the plaudits by one.

The runners-up prize went to David Osborne and Steve Manser, who also finished second in the May Mid-week Nine-hole Stableford a few days later as Ed Tate pipped him to first place by a single point.

The Spring Bash also saw the same margin of victory as Martin Northover’s 39 points eclipsed the efforts of Simon Gunn.

Samantha Harding picked up the Staverton Park Molly Smith Trophy as a score of 40 points secured first place by four from Jane Montgomery and Jayne Warman.

It was a similar story in the Seniors May Stableford as Allen Halliday bagged the same score to finish three ahead of Michael Milam and Cliff Pooley.

Tony Inskip and Jon Thorne clinched the Ladbroke Village Cup after shooting an excellent score of 42 points at Hellidon Lakes. Simon Keyte’s team were runners-up on 41, with Gary Caunt’s side a further point adrift in third.

A single stroke was the margin of victory in the opening event of the Collingtree Park Order of Merit as Darren Watts grabbed the honours in the Augusta competition with a net 68. Alec Chamberlain, Glenn Snusher and Mark Webb had to settle for the minor places.

Wayne Wright and Simon Kerr were part of the winning quartet in the Greenkeepers Trophy at Kingsthorpe as the pair helped their team post 92 points to finish one ahead of a line-up including Leigh Woodward and Gary Malin.

Daventry
Casey Cooper and Terence Kempe were successful in the latest two Wednesday Night Thrash events at Daventry after carding 21 and 22 points respectively over nine holes.