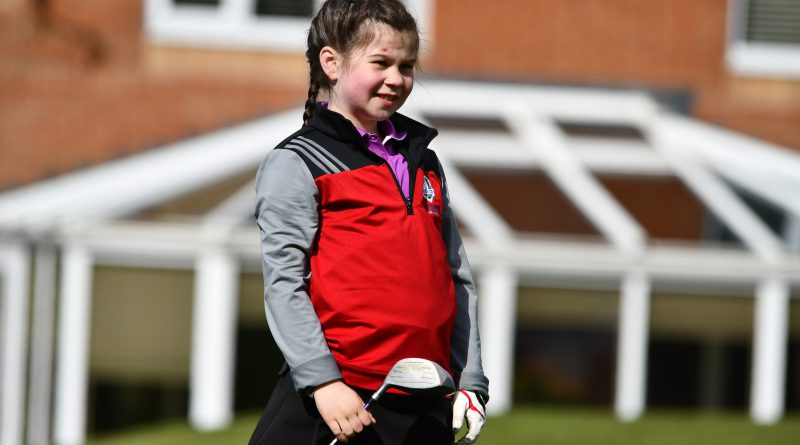 Countback was needed in two of the three divisions in the Collingtree Park April Junior Medal as the youngsters made the most of the opportunity to test their skills on the redeveloped course.

Edie Connolly edged out Jake Goldsmith in the nine-hole category, while Nicole Hamilton got the better of Jess Barby in the 150-yard competition. Jody Parfitt carded the best gross score of 77 over 18 holes.

At the other end of the age scale, Lloyd Backhouse took the plaudits in the April Seniors Stableford as a brilliant total secured a five point success from David Nash and Keiron Rafferty.

Danny Cramphorn, Calum Vango, Kyle Humphries and George London were the team to beat in the Rodwell Boswell Challenge at Kingsthorpe as the quartet posted the best tally of 90 points.

Despite playing with one less team member, the trio of Andre Hares, Michael Hares and Bradley Hares (85) finished runners-up by three from Harry Withrington’s side.

Staverton Park’s Luke Chard was successful in the first two Tuesday Night Stablefords by a single point as he beat Scott Creaney in week one, before edging out Richard Palmer, Samuel Overton and Neil Stevenson.

Gez Strangwood produced the standout performance in the April Sunday Medal as the 18-handicapper carded a net 65 to secure a two shot victory ahead of Jamie Humphries.

Andrew Pearson’s net 68 meant he finished four clear of the chasing pack in the April Saturday Medal, while Chris Conway won the April Seniors Medal, thanks to a net 70.

Peter Daniels got the better of James Berry on countback in the Good Friday Stableford at Daventry after both came in with the leading mark of 38 points.

Third-placed Spencer Mabanga maintained his good form into the Roy Ellis Memorial Trophy a week later as he formed part of the winning team on countback from two other partnerships with 44.

Samuel Swain was successful in the opening Wednesday Night Thrash competition after posting 20 points over nine holes. Chris Poolton and Jason Smith were next on 17.

The first post-lockdown competitions at Hellidon Lakes required countback to decide the prizes after a couple of players topped the scoring in the opening two events.

Forty nine points was a magnificent winning score in the PING Betterball Cup as Ed Tate and Luke Werboweckyj grabbed the honours by four from Richard Crook and James Beare at Whittlebury Park.

The first two individual club competitions of the year went to Sue Colby and Stephen Cox-Rogers as they claimed the respective top prizes in the April Ladies Medal and April Mid-week Stableford.