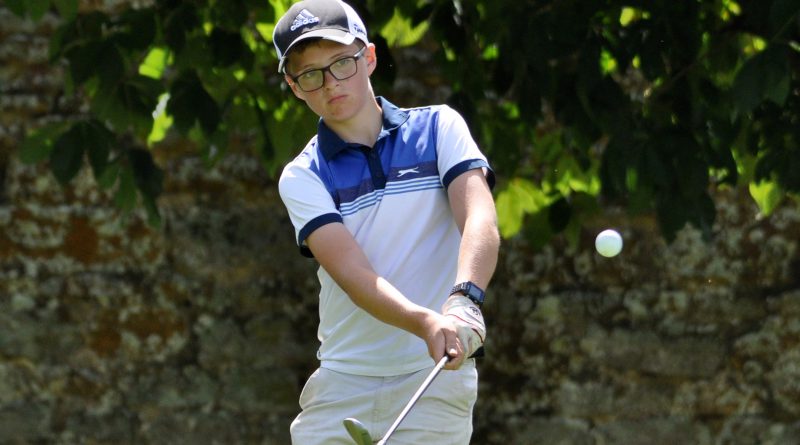 Consistency was the key to victory for Overstone Park’s Marc Croot in the April Medal as the high-handicapper kept the big numbers off his scorecard in a winning round of net 63.

Gordon Chiverton did just enough to claim first place in the Mid-Week White Tee Stableford a few days later as a tally of 42 points edged him one clear of Brian Nichols, Ray Draper and Steve Alibone.

David Smith wasted little time in finding his best form at the start of the season at Priors Hall as he topped the scoring on two separate competition days.

After combining with Richard Smith to shoot the joint-best tally of 41 points in the Good Friday Salver, he led the way in the April Mid-week Medal by two from Anthony Cornwell with a net 70.

Darren Buchan and Martin Newman were also in good touch as they finished runners-up in both the Easter Saturday and Easter Sunday Salvers behind Brendan Breslin and Ryan Veasey and Jim Collins and Michael Sawford respectively.

Barrie Ball, meanwhile, was successful in the Seniors Stableford by two points from Pat Annand and John Aston (both 39).

A single stroke was the difference between first and second places in the April Midweek Medal as Matthew Pettit edged out Dean Mason, thanks to a net 68. Damien Ramm led the second division scoring with a 70.

In junior events, Matthew Mills won the monthly stableford by a couple of points from Charlie Pearce (35), Kai Raymond (net 73) clinched the medal by two from Oliver Clark and Jacob Williams, while Isaac Wakefield won the nine-hole competition.

Alison Oberman enjoyed a one point success in the Ladies April Stableford at Rushden from Julie Beavan and Anne Bewers (both 33).

Maureen Core (31) needed countback to get the better of Pam Digby in the second division, while Mary Clark won the nine-hole competition by two from Margaret Bird.