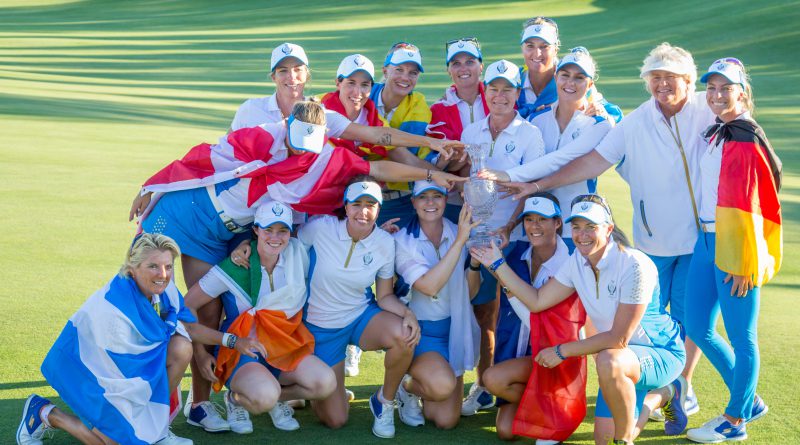 Kettering-born golfer Charley Hull played a pivotal role in Europe retaining the Solheim Cup as she helped the team to defeat the USA 15-13 at Inverness Club in Ohio.

Hull secured a crucial point on the first morning with foursomes partner Emily Pedersen as she fought back from two down with four holes to play to beat Brittany Altomare and Lexi Thompson, and earn Europe a three point lead they never relinquished.

Despite sitting out the afternoon fourballs and losing her foursomes game the following morning, the Wellingborough professional’s reliance proved key once again in the fourth session of play as she bagged another point alongside Pedersen.

With the USA briefly drawing level, the pair helped stopped the home momentum as they overturned an early deficit to beat Danielle Kang and Austin Ernst on the 16th hole as the away side opened up a two-point advantage going into the final day.

Although 25-year-old Hull, who was making her fifth appearance in the match, lost her singles game it was only after Europe had already confirmed the overall victory with four wins and two halves in the opening seven ties.