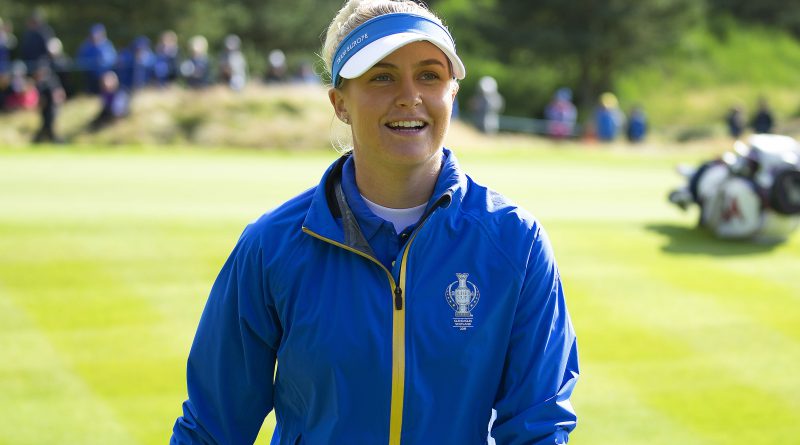 Leading Northamptonshire professional Charley Hull will make her first appearance on the 2021 LPGA Tour this week as she takes part in the Gainbridge tournament in Orlando, Florida.

Despite only playing in eight events on the 2020 LPGA Tour due to the pandemic, the Wellingborough golfer will go into the competition in a positive frame of mind after finishing with a couple of top 10s towards the end of last season.

Hull, who remains as the highest ranked British golfer in the world rankings in 36th spot, has targeted a place in the Toyko Olympics and Solheim Cup this year as well as challenging for her maiden major victory.

Fellow Wellingborough pro Meghan MacLaren will have to wait for her first Tour appearances of the season, but she will have been buoyed by the announcement of busy Ladies European Tour schedule in 2021.

The 26-year-old, who has won twice on the LET, is looking forward to competing in a choice of 27 events in 19 different countries over a six-month period.

Starting with the South African Women’s Open on May 13th and the Aramco Team Series in New York a fortnight later, the calendar switches back to Europe in June as the players benefit from a run of 23 consecutive weeks of action.

MacLaren, who intends to build up to the season by competing on the Symetra Tour in the US over the coming weeks, has endured a frustrating time during the last few months of lockdown.

Speaking to the BBC, she said: “I struggled quite a lot in the first lockdown. Your purpose is a little bit lost. You’ve still got a reason to get out of bed in the morning but, to a certain extent, your life is defined by golf.

“Maybe that’s an unhealthy thing for a lot of golfers but that is the way it is. So much of your identity is tied to your profession. When that’s gone for a significant period of time it can be quite difficult.

“I haven’t been on a golf course since December 26th, so you’re forced to find different ways to improve. I’m at the point now where I’m seeing this as an opportunity.

“I want to get myself as healthy and strong and as fit as I can be so I’m less susceptible to injury and fatigue.”