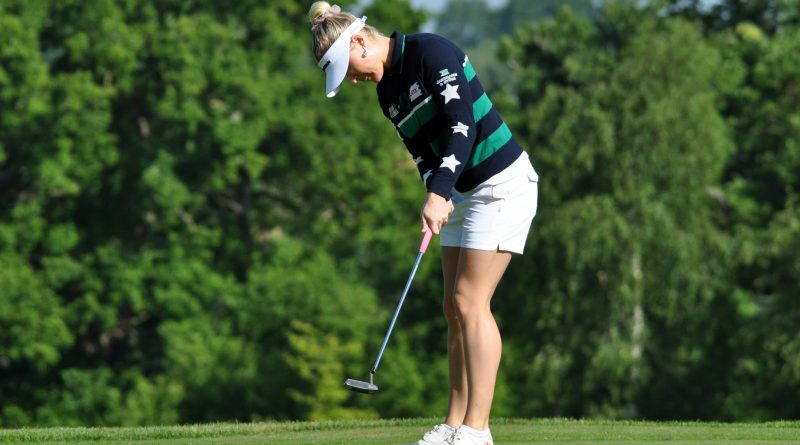 Leading county professional Charley Hull was crowned inaugural Rose Ladies Series Order of Merit champion in undesirable circumstances after the last round of the 2020 Grand Final at Wentworth was cancelled due to a nearby wildfire.

With Hull sitting second behind Georgia Hall in the standings going into the three-day tournament, the Wellingborough golfer started slowly with a round of 73 at North Hants, before adding a brilliant 65 at The Berkshire on day two.

Trailing Alice Hewson by one shot but crucially three strokes ahead of Hall going into the final day, a thrilling contest looked on the cards as the leading three contenders closed to within just two shots mid-way through the front nine.

However, the situation changed dramatically when a fire, which originated from Chobham Common, ravaged across 50 hectares of heathland and spread towards Wentworth’s West Golf Course, forcing the venue to be evacuated.

Although play was initially suspended, the emergency clean-up operation continued well into the night, meaning that the final round could not be completed the following day, leaving the organisers no alternative but to use the scores after the second round as the final result.

Fellow Wellingborough pro Meghan MacLaren, meanwhile, finished fifth in the Grand Final to secure fourth in the Order of Merit.