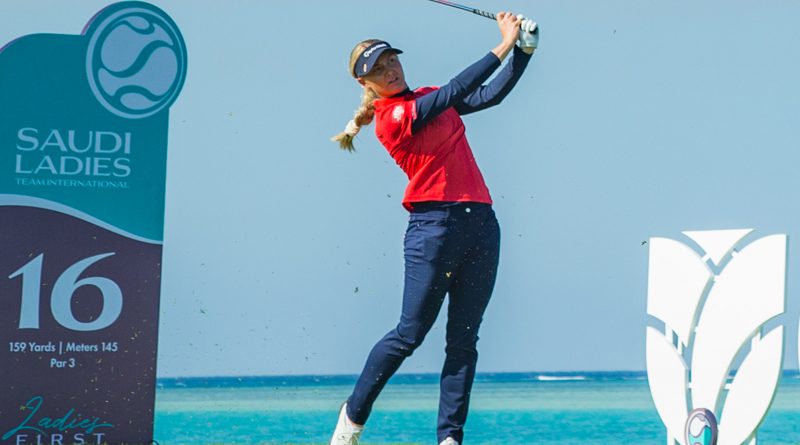 Just a few days after claiming sixth prize in the Aramco Saudi Ladies International, the Wellingborough member carded six birdies in an opening round of 70, before bagging half a dozen more birdies on her way to a 69 on day two.

The 24-year-old left her best until last, and particularly on the short and long holes, as she birdied a trio of par three holes and covered the quartet of par five holes in four-under-par in a closing 68, which helped her team finish ninth.

Hull, who played in the Dubai Moonlight Classic earlier this month, will now turn her attention to the LPGA Tour in December as she competes in the Volunteers of America Classic, the US Open and the CME Group Tour Championship.

The four-time Solheim Cup team member will also have noted with delight the news that the biennial match between Europe and the USA will take place in three of the next four years.

With the coronavirus forcing the postponement of the men’s Ryder Cup until next year, the LET and LPGA were keen to avoid a long-term fixture clash so have decided to move the Solheim Cup to even years from 2024 onwards.

The ladies had previously competed in alterative years to the men, but the match was switched to odd years in 2003 after the Ryder Cup was postponed for 12 months due to the terrorist attack in New York in 2001.

After being part of the European side that clinched a thrilling victory in 2019, Hull is keen to make the team for the five successive time in Ohio next September, before competing in Spain two years later and then back in the USA the following season.